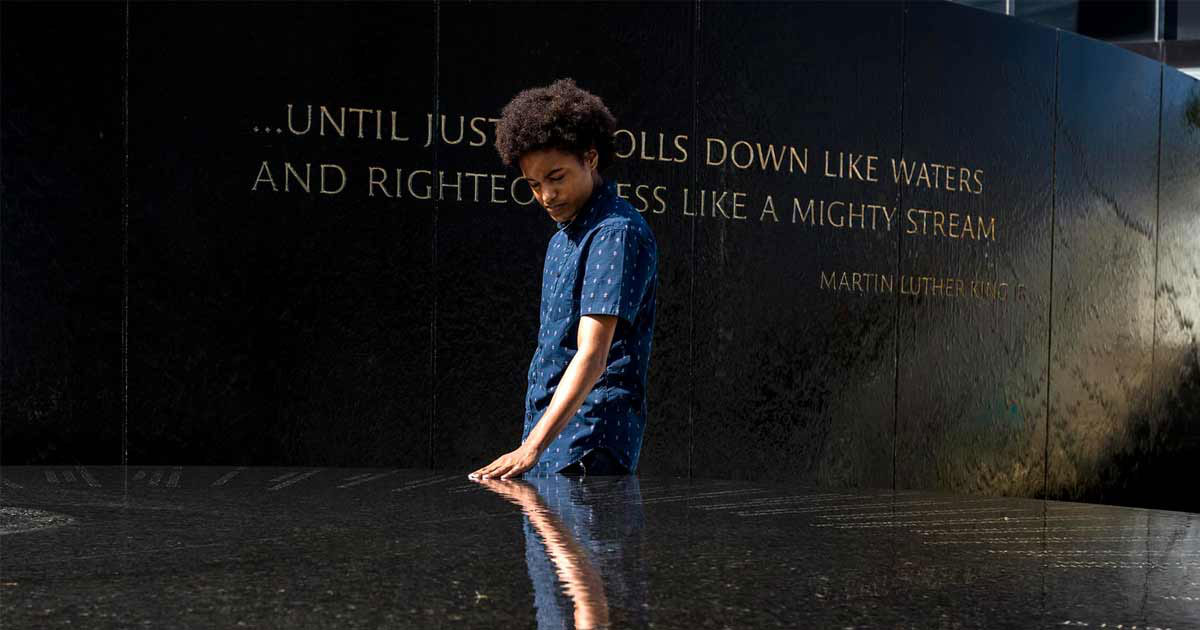 February is Black History Month, an annual celebration of achievements by Black Americans and a time for recognizing their central role in U.S. history. In honor of the successes and advancements Black Americans have achieved and contributed to society, check out these ways to celebrate and learn.

According to the Birmingham Civil Rights Institute, Black History Month began in 1926 as part of an initiative by writer and educator Dr. Carter G. Woodson who launched Negro History Week in 1926. Since 1976, every American president has proclaimed February as Black History Month. In addition to exhibits, the Institute provides free educational programs to K-12 students that introduce and explore the lessons and complexities of the civil rights movement, incorporating interactive programs to describe the Children’s March and the Sixteenth Street Church Bombing in 1963, role-play, oral histories and documentary films.

In Montgomery, Alabama sits the Equal Justice Initiative’s new Legacy Museum and The National Memorial for Peace and Justice. The museum—which is located on the site of a former warehouse where Black people were forced to labor—uses interactive media, sculpture, videography and exhibits to immerse visitors in the sights and sounds of the slave trade, racial terrorism, the Jim Crow South and the world’s largest prison system. A visit is an opportune time to delve into America’s history of racial injustice, which spans many generations and continues today. The nearby memorial is a solemn and sacred place acknowledging the more than 4,400 African American men, women and children who were the victims of racial terror lynchings between 1877 and 1950.

From Benjamin Banneker, the son of a freed enslaved man, placing the District’s boundary stones, to Chuck Brown, the “Godfather of Go-Go” inventing a new form of funk music, Washington D.C. has much to offer when it comes to honoring Black culture. This guide offers insight on Black-owned restaurants, background on the unique history of the area’s U Street Neighborhood, and more.

You can’t go to D.C. without paying homage to Dr. Martin Luther King, Jr.—one of the most prominent leaders of the Civil Rights Movement in the 1960s. Visit his memorial, which is situated on a four-acre site along the National Mall’s Tidal Basin. Here, groups could reflect upon Dr. King’s message of freedom, opportunity and justice, which continues to resonate today.

Also in D.C., the National Museum of African American History & Culture offers groups an opportunity to explore and revel in African American history through interactive exhibitions and programming. Through the stories and artifacts in the museum’s featured exhibition, Slavery and Freedom, groups could explore the complex story of slavery and freedom which rests at the core of our nation’s shared history, spanning 15th century Africa and Europe, and extending through the founding of the U.S., and concluding with the nation’s transformation during the Civil War and Reconstruction.

In Detroit, stop by the Charles H. Wright Museum of African American History for learning opportunities, exhibitions, programs and events based on collections and research exploring the diverse history and culture of African Americans and their origins. While in the Motor City, be sure to also visit the Henry Ford Museum of American Innovation, which houses a number of historic artifacts, including the bus on which Rosa Parks took a stand for Civil Rights.

Since opening in 1996, the Spelman College Museum of Fine Art has had an unwavering commitment to Black women artists. It’s here groups could engage with works by Black women artists in first-hand and meaningful ways, explore the dynamic role of art in society, and examine how art and artists impact the world today. The museum is set to reopen in Spring 2022, but until then, groups could still listen in on Be Your Own Muse, the Museum’s original podcast series highlighting Black women cultural producers.

Groups looking for cultural heritage experiences that allow for memorable, life-changing experiences through meeting locals, learning about rich Black history and celebrating Black culture in the U.S. could also explore the itineraries offered by Black Cultural Heritage Tours, founded by Stephanie M. Jones. Jones is also the founder of the National Blacks in Travel & Tourism Collaborative, an initiative leveling the playing field for small Black and Brown travel & tourism businesses, assisting them in accessing equitable opportunities in the industry through the Black Tourism Talent Directory and Diversity Tourism Academy.

For even more information on celebrating and honoring Black culture and life during Black History Month and beyond, check out this listing of African American museums by state.