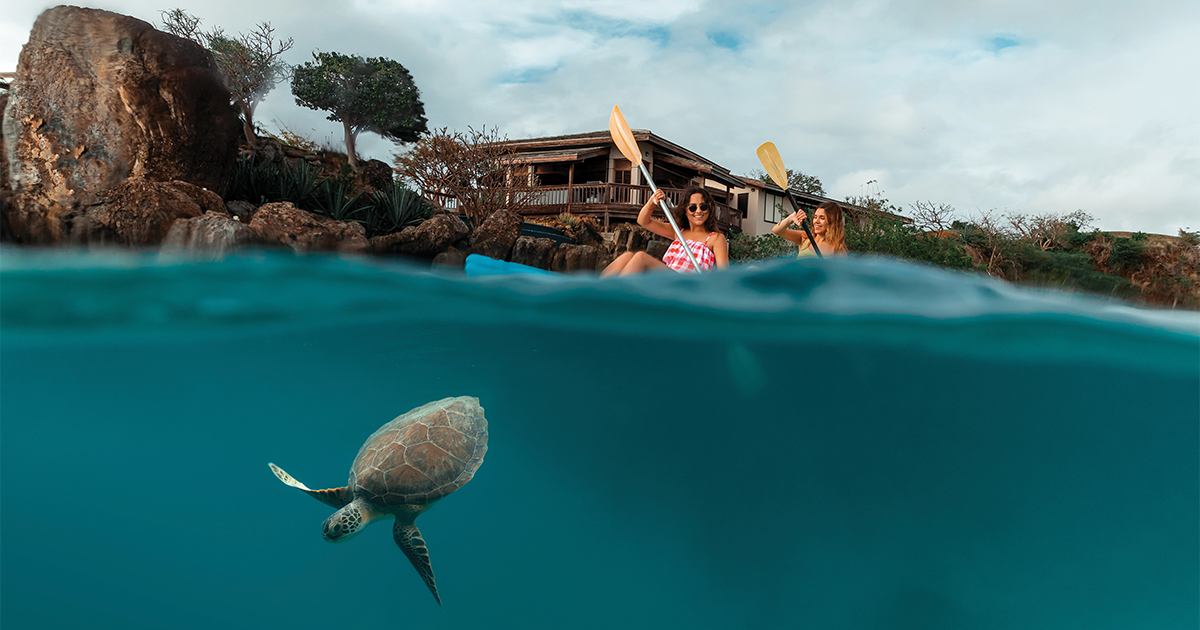 No passport, no currency exchange, no kidding! As a student travel destination, Puerto Rico offers a worldview-enhancing mix of Taíno, Spanish African, and American cultures, as well as a wealth of history, natural beauty, entertainment, recreation, and cuisine—all while remaining in U.S. territory.

Both English and Spanish are spoken, so there’s a communication comfort level, no matter the level of language proficiency. Mobile phones and data plans are also supported, allowing students and educators to enjoy a faraway adventure while still staying connected with friends and family at home.

Puerto Rico is an archipelago located in the Caribbean Sea, about 1,000 miles southeast of Miami. It’s easy to get to, with direct flights from many major US cities, making it a convenient choice for student travel, while also having no shortage of opportunities to learn, explore, and immerse!

One of the greatest features of the island territory is its vivid culture, blending traditions, art, music, festivals, and cuisine. Beginning in 2021 and continuing through June of 2022, Puerto Rico is celebrating the 500th anniversary of the founding of Old San Juan, the oldest city in the US, with a number of scheduled events. If you miss those festivities, there’s still plenty to take in year ‘round.

The art scene in Puerto Rico, for example, is as colorful as it is diverse, ranging from street murals to museums and galleries, including the Museum of Art of Puerto Rico and Puerto Rico Contemporary Art Museum. Additional art can be found in Ponce and Bayamón, including souvenirs to bring home.

There are also important historical landmarks to add to your itinerary, such as Castillo San Felipe del Morro, an impressive fortification and former military outpost with a storied background, and Caguana Indigenous Ceremonial Site, a Taíno-culture archaeological ground within the Central Mountain Range that dates back about 800 years. A stop in Loíza, a region that showcases Puerto Rico’s African heritage, is recommended as well. Home to María de la Cruz Cave Historic Park, an archeological site discovered in 1948, it offers cave tours and has a selection of ancient Taíno artifacts on display. And, Calle Fortaleza is also worth a stroll. One of the main thoroughfares in Old San Juan, this dynamic cobblestone street is filled with artisan shops, restaurants, and other compelling attractions.

In addition to its culture, Puerto Rico is characterized by a varied landscape, from sweeping beaches to towering mountain ranges to lush rainforests and complex ecosystems—and more. Student groups have the luxury of enjoying the abundance of sand and sun Puerto Rico offers, as well as exploring the island as an extension of the classroom. They can take in the wonder of bioluminescent bays, a rare phenomenon that, under certain conditions, produces a glow-in-the-dark effect. There are only five of these in the world, and three are in Puerto Rico. Or, trek through El Yunque National Forest and discover hundreds of plant and animal species, including the tiny-but-vocal coquí frog.

Puerto Rico’s many caves, particularly Cueva Ventana, Cañon de Tanamá, and Río Camuy Cave Park, offer opportunities for activities such as spelunking, rock climbing, rappelling, rafting, tubing, or hiking. There are also the Pink Salt Flats of Cabo Rojo. This coastal town is known for its distinctively reddish waters, created by a high concentration of salt. This is a WOW moment for student groups and a must stop destination on the way to the Los Morrillos Lighthouse or Playuela Beach.

Tours are another option, whether on foot, on the water, or through the air. Take a guided, walking tour of Ponce; kayak through the bioluminescent bays of Fajardo, Vieques, or Lajas; go snorkeling in Culebra or paddle boarding in Aguadilla; cruise the Arecibo River or sail a catamaran through Isla Palomino; or go ziplining in Toro Verde Nature Adventure Park.

Wait, what about food?! The flavors of Puerto Rico can be found on just about every corner, but one of the great ways to get a taste of the cuisine is through a food tour, such as those offered by Spoon and Flavors of San Juan. These delve into gastronomy, history, and architecture, and make stops at a number of popular eateries. Student groups could also stop at Lote 23, a food truck park, and sample local favorites from its many kiosks. Staple dishes such as mofongo, tostones, and lechon are just a few of the Afro-Caribbean delicacies that must be tried.

Finally, there’s DISTRITO T-Mobile, a newly opened entertainment complex that offers everything from movies to music to indoor recreation to concerts and shows, plus dining, games, and more. The innovative, illuminated space is located in the heart of San Juan and designed to spotlight the best of Puerto Rican culture and talent.

However you and your students experience Puerto Rico, it will leave you with broadened horizons and lasting memories.

This story was written by Allison Kay Bannister for the January 2022 issue of Teach & Travel.