How to Travel with Curiosity and Humility 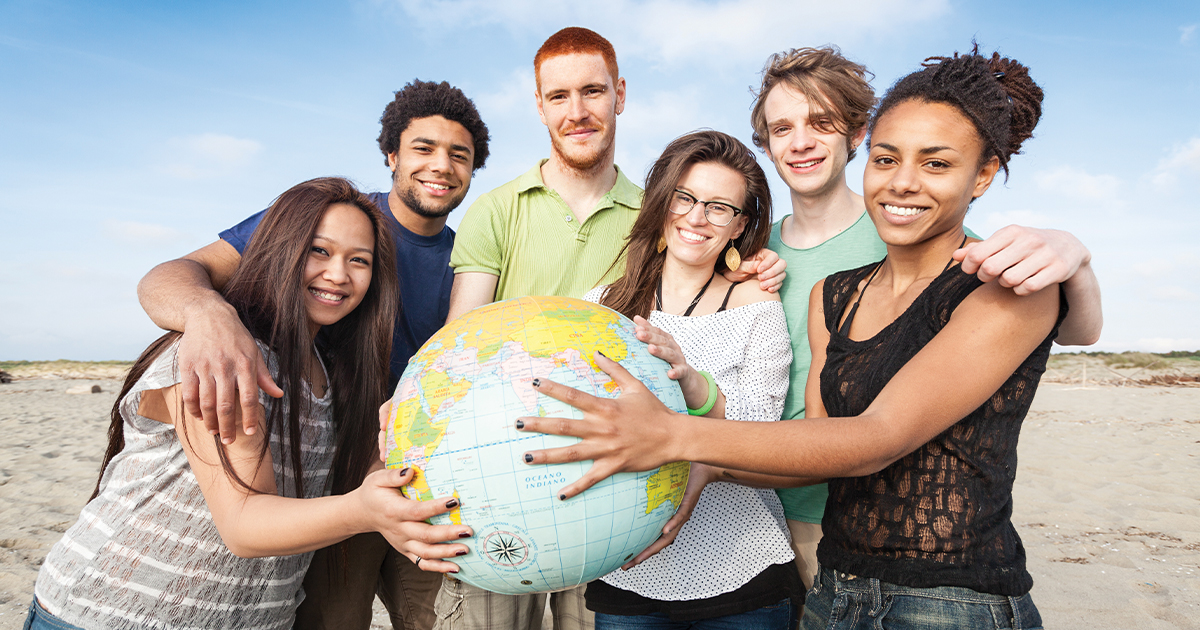 When traveling anywhere—but especially to another country or different socioeconomic setting—understanding race, culture and privilege is crucial to getting the most out of travel. It’s also important if you want to be a respectful guest and visitor who makes a positive impact wherever you go. It’s not about feeling guilty for what you have, but rather being aware of it and using that privilege to help others.

Books can and have been written on this subject, so we turned to Roni Weiss, executive director of Travel Unity, to hone in on some of the top ways to prepare for travel with DEI in mind. Travel Unity is a New York-based nonprofit focused on increasing diversity in the world of travel, as well as allying with the travel industry to create best practices around DEI.

At this point in time, many educators are aware of what privilege is and means, but it’s also important that your students understand it before traveling. Travel Unity starts with DEI 100, touching on topics like what LGBTQIA+ means, why you would use the term “Black” versus “African American,” and so on.

This then leads into a discussion of identity, because you need to understand your own identity and how it has shaped your life before you can do the same for others.

A common reaction to understanding your privilege and seeing inequality in the world, whether it’s in-person on a trip or at home, is to feel guilt. The problem is, “guilt isn’t helpful unless it makes you do something that’s actually beneficial,” as Weiss says. “It really comes down to, what do you actually want to see change?”

Speaking personally, I remember going through my own phase of intense guilt over being a white man in America. But what did I do with that feeling? I simply wallowed in it, keeping it all about myself and my own emotions. Who did that help? No one—not even me.

As Weiss said, the fundamental question is, “Is it about you or is it about them?”

When students come away from a trip with the lesson, “Wow, the people there are so much happier with so much less,” that’s not a terrible thing to learn and internalize for their own perspective on life, but it’s not especially helpful to the people actually living in those conditions. If your goal is to make a positive impact on the world, the next question should be, “How can I use my resources to help them?”

At the same time, you want to avoid the concept of the “savior,” when someone in a place of privilege steps in and makes the problem and solution about them, because they think they know best.

“Somebody who comes into this going, ‘I know more than you, I can help,’ well, that’s the savior,” Weiss said. “And somebody who goes, ‘Oh my God, I feel terrible, look how your people have been treated by everybody,’ and doesn’t actually listen to the person on the other end—it’s not very different to me.”

When it comes to travel, this means your students will get the most of the experience if they’re prepared to enter with humility and curiosity, coming with questions but leaving the judgmentalism at home.

If you try to instill all of this in your students while on the trip, you’re likely too late. Instead, when you’re preparing to travel, do everything you can to have discussions of privilege and identity beforehand. Of course, educating your students on the culture is important too, as well as stoking curiosity and interest.

You can use activities that get your students thinking ahead, for example, ask each student to come up with one question they have about the culture of your destination—some can be answered on the spot, but others might be best asked of a local docent, tour guide or other expert. Or, do it ahead of time with a Zoom meeting!

To be clear, this doesn’t mean spending a day teaching kids your own personal ideology. Rather, you’re teaching them how to understand and appreciate other cultures.

“A true teacher, in my belief, is not coming into this with a specific thing they’re trying to make students understand, but rather, broader concepts,” Weiss said. “Teaching really is about how to think and how to approach the world thoughtfully and with curiosity. The teacher’s role is more of a facilitator than it is an indoctrinator. And the only way to do that is by acknowledging there will be very different perspectives in the classroom, creating a space where people can speak and be heard.”

When the trip is over and you’re back in the classroom, Weiss also suggests being sure to have discussions about what students saw, learned and took away from the experience. Otherwise, it can quickly become a distant memory, fondly remembered but without much impact in terms of learning.

The next step? Doing your part.

“This comes back to Travel Unity’s philosophy, that travel should be for everyone, regardless of background or ability,” Weiss said. “Really, if you start with that idea, everything else stems from that. If you want to make the world a fairer place, then the only way to truly do that is to acknowledge the fact it isn’t fair right now for everybody, and there are a lot of factors that make that the case.

“It really comes down to, what do you actually want to see change?”