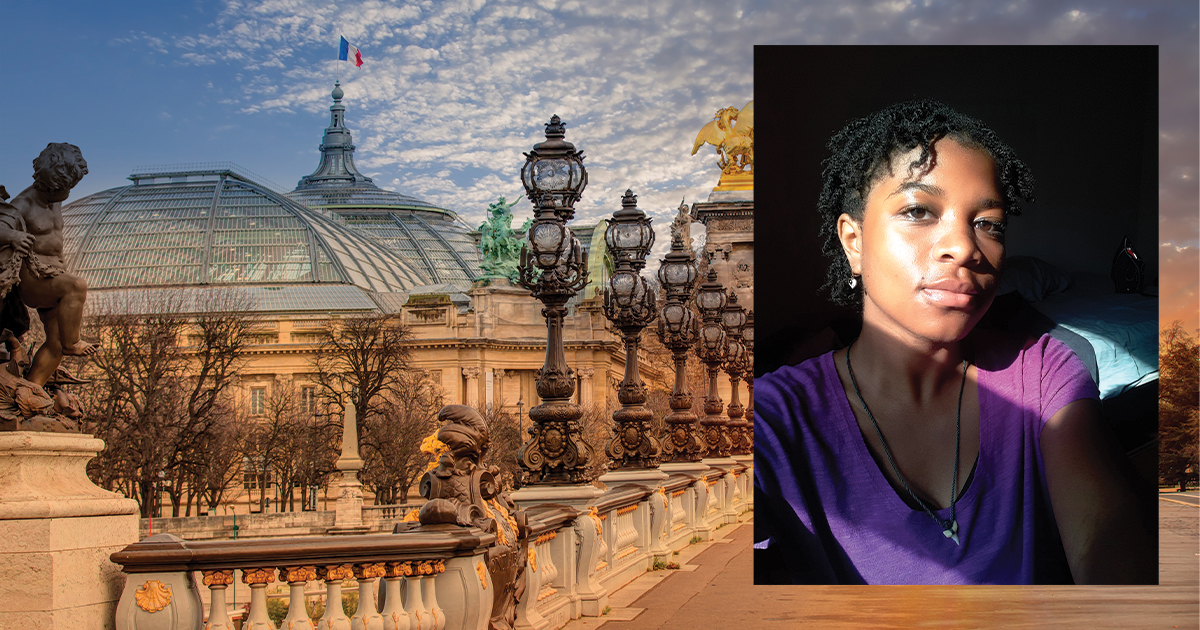 “La police est là!” Women with colorful dashikis dart from their posts as a Paris police car pulls up scanning for illegal activity. Peanut vendors quickly transform into ordinary men walking the streets of little Africa, while the women carry innocent smiles, carriers of vegetables they never intended to sell. The police smirk, sensing the act and leave as quickly as they came.

I turn to my right, and see dad talking to a woman bearing business cards. “Ça va bien” and “oui” spill out of their conversation. A smile dots his face.

If you asked me about my trip to Paris, it wouldn’t be the Eiffel tower or the Louvre I would rave about, but the unexpected community I found in the “city of love”. The loud wheels of the green and white RER train whoosh through each station as we moved further into the city. Why are we so far down the station line?, I wondered. The train finally ground to a halt at Chateau Rouge, my tired legs and rumbling stomach carrying me out the metro.

Walking through the winding streets, I see more people of my skin color, which I didn’t see before. Surprise mixes with intrigue as the narrow paths open into men with sacks of peanuts yelling out deals in fast (African accented) French. “Deux por un euro”, one man yells as his competition roasting corn on a suspiciously rusty grill also shout out the same deal. Although competing against one another, the vendors also work together. From one woman recommending an African restaurant to another pointing us in the direction of her friend selling plantains, the community wants to aid one another despite pocketing their own profits. I’m in awe of how certain every person in the market is.

Making a living with produce sold on streets or compact restaurants big enough to fit less than 7 people, their friendly and cajoling demeanors lure customers into investing the 2 euros they planned to save for a metro trip back home into the grilled corn their mouths couldn’t resist. Here, a veil of self reassurance masks an uncertain future.

I tried new foods I’d never heard of, while listening to childhood stories from my dad, who felt the most relaxed amongst familiar food and people who’d lived a similar reality to him: moving to a foreign country in search of a better life. The crispy taste of “soya”, a popular Cameroonian meat kabob, melted on my tongue, the heat numbing my taste bud. “Bobolo” and “brochette” were words added to my vocabulary along with the African songs playing in the background.

I learned more about my background from one day in a discrete street in Paris than in a city whose 116th street African neighborhood I had walked through for years. Can traveling to an unfamiliar place allow more self actualization than staying in a familiar one? The popping sound of hot oil and the smell of grilled meat springs me out of my daydream and back to my kitchen where I try to recreate not only the soya I ate in Paris, but the wisdom I gained too.

By Milan Ndjiki, 16, is in the 11th grade at Columbia Secondary School for Math, Science, and Engineering in New York City, New York.