A Dark Path and Gruesome Past 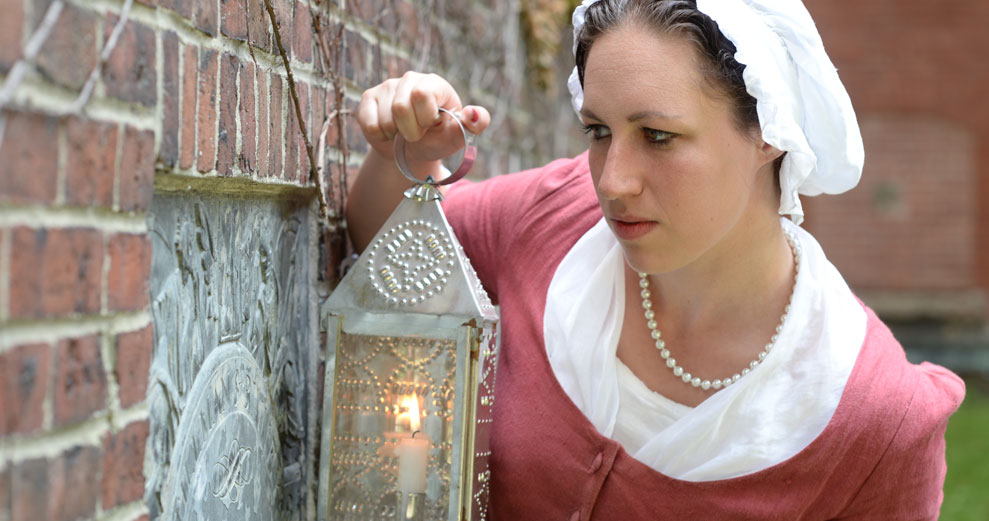 Fatal sword duels, the grave of a ruthless pirate, scandalous murders, the punishment and hanging of convicted witches … With a history like that, who needs the dark?

But it’s a nice touch.

In September and October 2017, the Boston Freedom Trail Lantern Tours return, offering students an opportunity to experience the dark history of the Freedom Trail by lantern light.

On this tour, Boston’s iconic redlined path winds through the city’s notorious sites, including the location of the Boston Massacre, the former site of the Old Gaol (Old Jail), and the Granary Burying Ground and King’s Chapel Burying Ground—final resting places for convicted pirates and victims of vicious murders.

Freedom Trail Players dressed in authentic 18th-century costumes and carrying lanterns share true accounts of the ghoulish side of the city’s history, including tales of appalling crimes, spies and assassins, cold-blooded killings and demonic possession.

The Lantern Tours culminate at Boston Common, where the tree known as the Great Elm once stood.

“Hangings frequently occurred on the Common,” said Suzanne Taylor, Executive Director, Freedom Trail Foundation. “Both from the boughs of the Great Elm, as well as at a spot near the Boston Neck, where a gallows was built.”

Students have the opportunity to learn the story of these criminals—and victims. Taylor notes Ann Hibbens, one of four women hanged in Boston as “witches,” was said to have been hanged from the Great Elm.

The annual Lantern Tours will be offered on Thursdays, September 21 – October 26, and on Saturdays, October 7 – 28, at 7 p.m. from the ArtsBoston Booth at Faneuil Hall.