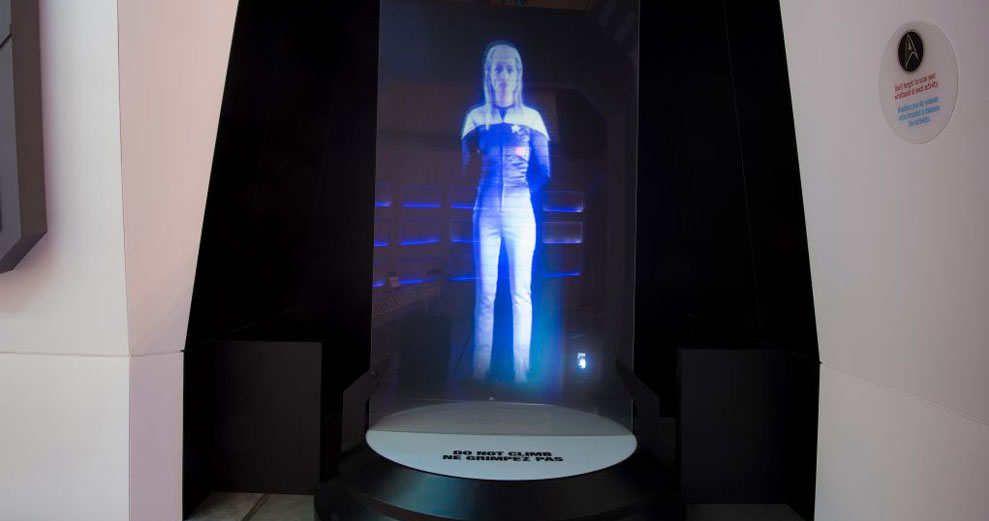 Liberty Science Center is offering an opportunity for students to go boldly where no student has gone before. Star Trek: The Starfleet Academy Experience! launches on October 28, 2017.

The interactive, immersive exhibition is based on one of the world’s most popular sci-fi series, Star Trek. Students will step into the shoes of a newly minted cadet in the 16th century and travel through nine different zones—receiving the necessary science, engineering, medical and command training to navigate their way from orientation to graduation.

Star Trek: The Starfleet Academy Experience! delivers unparalleled lessons in science, technology and engineering as students face futuristic challenges—such as stepping inside a 360-degree holographic dome to command 3-D battleships with a wave of a hand, piloting a starship, using voice recognition technology to communicate in Klingon, and beaming themselves up from a remote planet.

As students complete the hands-on challenges, an RFID wristband records their scores and assigns them a specialty for further career development.

Exploring the science behind the science fiction, the exhibition tells the story of how Star Trek paved the way for many of today’s cutting-edge technologies—such as functional tricorder, NASA’s warp-drive theory, and experiments involving phasers and teleporters. It even offers a glimpse into the future of Star Trek science.

Props and costumes from the franchise will also be on display.

Star Trek: The Starfleet Academy Experience! is the largest traveling exhibition ever to open at Liberty Science Center and will be available from October 28, 2017 through May 28, 2018.