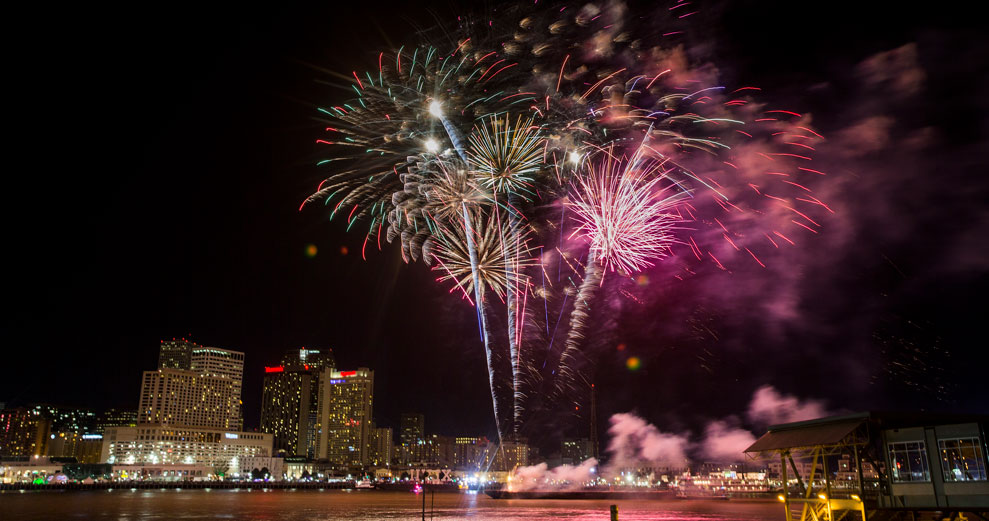 New Orleans, Louisiana, has a lot to celebrate in 2018: The year marks the 300th birthday of the port city’s rich history, alluring culture and rollicking celebrations.

Founded in 1718 by Jean-Baptiste Le Moyne de Bienville, New Orleans chronicles both French and Spanish influence before the United States acquired the region in the Louisiana Purchase of 1803. Since then, New Orleans has welcomed heritage of African-Americans and immigrants from Ireland, Italy, Germany, Greece, Vietnam and many other nations. The city claims fame for spectacular Mardi Gras festivities, the first cocktail, delicious cuisine such as jambalaya and so much more.

New Orleans’ Tricentennial has a lot in store for visitors joining the year-long celebration, including concerts, fireworks, special exhibitions and events. Here’s a glimpse.

Running February 27 through May 27, 2018, New Orleans, the Founding Era brings together rare artifacts from the Collection’s holdings and institutions from across Europe and North America to tell the stories of the region’s Native American tribes, European arrivals and enslaved African peoples, and reflects on the complicated and often conflicted meanings New Orleans settlement’s development held for individuals, empires and indigenous nations.

Salazar: Portraits of Influence in Spanish New Orleans, 1785 – 1802
The Ogden Museum of Southern Art will showcase the portraits of Louisiana’s earliest known artist: Josef Xavier Francisco de Salazar y Mendoza. Salazar’s career spanned most of the Spanish administration of New Orleans. About 30 of his most pertinent works will offer a view of Spanish Colonial New Orleans. The exhibition is on view March 8 through September, 2018.

Tricentennial NOLA Navy Week
April 19 through April 25, 2018, Navy ships from the U.S. and around the globe will be docked in New Orleans for a festival that will include free ship tours and a cook-off between the ships.

Luna Fete Presented by the Arts Council
The Arts Council’s Luna Fete is a five-year visionary initiative culminating in New Orleans’ tricentennial. And it’s visionary: The initiative features unusual art installation and a festival of lights employing the city’s iconic architecture as the canvas for large-scale and inspiring contemporary light and video mapping technology.

New Orleans has a rich history, yet the city has also experienced many hardships throughout its 300 years. An estimated 600,000 people were evacuated from the city in 2005, when Hurricane Katrina struck and caused massive damage and widespread flooding.

With support from around the world, New Orleans’ tight-knit and resilient community revived the city.

And 2018 is the perfect time to celebrate.