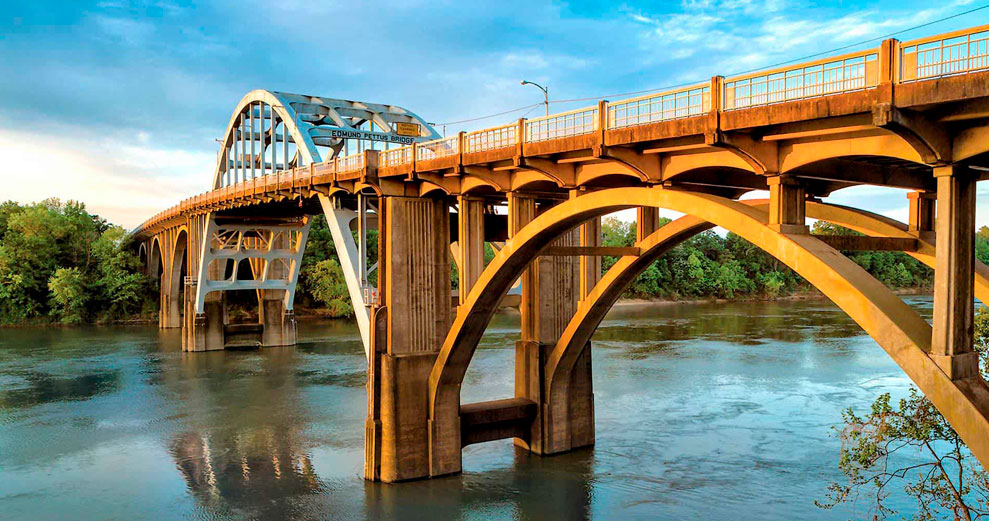 The U.S. Civil Rights Trail launched earlier this year—a comprehensive collection of more than 100 churches, courthouses, schools, museums and other landmarks across 14 states that tell the unified story of the civil rights movement’s people and places.

No state on the trail identifies more sites than Alabama.

Storied leaders changed the course of history in Alabama’s cities during the 1950s and 1960s. Here are five must-see sites to visit during Black History Month and all year round.

Civil Rights Memorial Center
The names of martyrs are engraved into the black granite of the Civil Rights Memorial, which was created by Vietnam Memorial architect Maya Lin. Sponsored by the Southern Poverty Law Center located in Montgomery, the memorial is a tribute to those who died in the civil rights struggle between 1954 and 1968. The center offers exhibits, educational activities and materials.

Rosa Parks Museum
The Rosa Parks Museum is located at the site of its namesake’s famous arrest in Montgomery. The museum focuses on Rosa Parks’ story and place in the civil rights movement, and features a restored bus and other artifacts.

16th Street Baptist Church
Despite a tragic past, 16th Street Baptist Church is still today an active church in the Birmingham community. During the civil rights movement, the church served as a meeting place for the organization of marches and other civil rights activities. It was bombed in 1963, resulting in the death of four young girls: Addie Mae Collins, Cynthia Wesley, Denise McNair and Carole Robertson.