History and a Hit Song—Only in Frederick, Maryland 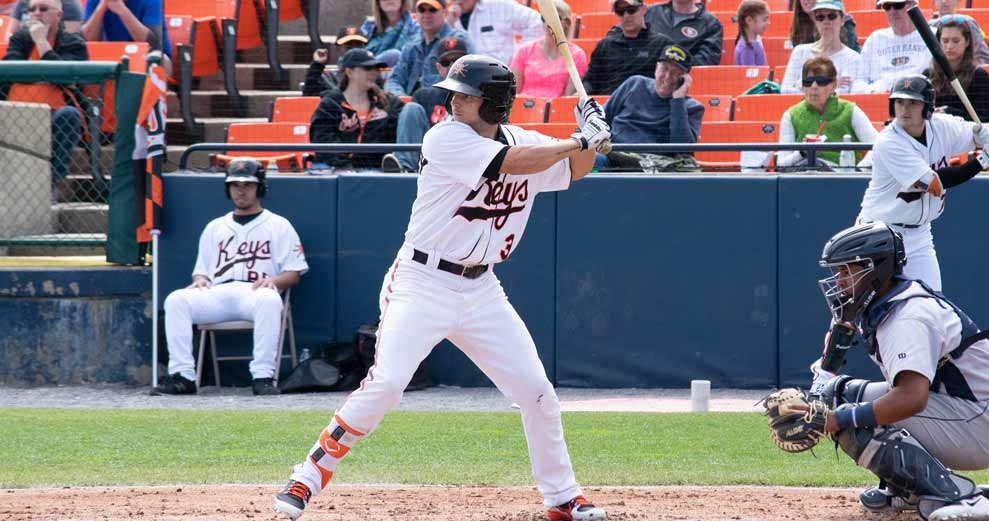 The Frederick Keys are the Class A Advanced affiliate of the Baltimore Orioles. Fans of the Keys may know them for their crazy events, such as the cowboy monkey rodeo, ’90s night or the helicopter candy drop. What they may not realize is the connection between the Civil War, baseball and Frederick, Maryland.

Various ball games were played in England and the United States, starting in the mid-18th century. Baseball gained popularity in the 1840s as more Americans moved into cities, had increased leisure time and formalized the sport’s modern rules. Although more than 50 teams had been established by 1860, the sport remained restricted to the upper classes. The Civil War facilitated the spread of baseball, as soldiers moved from hometowns to battlefields and came to know—and love—the game.

The sport offered entertainment during long encampment and even imprisonment. A famous lithograph in the collection of the Smithsonian’s National Museum of American History depicts Union prisoners of war playing a baseball game at Salisbury Confederate Prison in North Carolina in 1862.

Throughout the war, the game became entwined with American identity. Soldiers stationed in Washington, D.C., played on the Ellipse in front of the White House and the grounds of the U.S. Capitol building. Baseball helped to boost the morale of weary men during the Civil War and led to its rapid growth in the later part of the 19th century.

There is no better place to enjoy baseball than in historic Frederick, where reminders of the past surround us. What makes baseball in Frederick unique? When fans are standing for the National Anthem, they’re right across the street from the historic Mount Olivet Cemetery—visible from NYMEO Field at Harry Grove Stadium—and the grave and monument of Francis Scott Key, author of the poem that inspired “The Star Spangled Banner.” Mount Olivet Cemetery is also the final resting place to hundreds of known and unknown Confederate soldiers from nearby Civil War battles.

It is truly the only place in the world where you can sing the National Anthem and pay homage to the author while doing so.

The Frederick Keys offer great packages for student groups who want to experience America’s favorite pastime and a hit a “home run” through American history. Learn more by visiting www.milb.com/frederick.

Written by Auni Gelles, former assistant director of the Heart of the Civil War Heritage Area.

Photo courtesy of the Frederick Keys.