Art Is Alive and Well in Sacramento 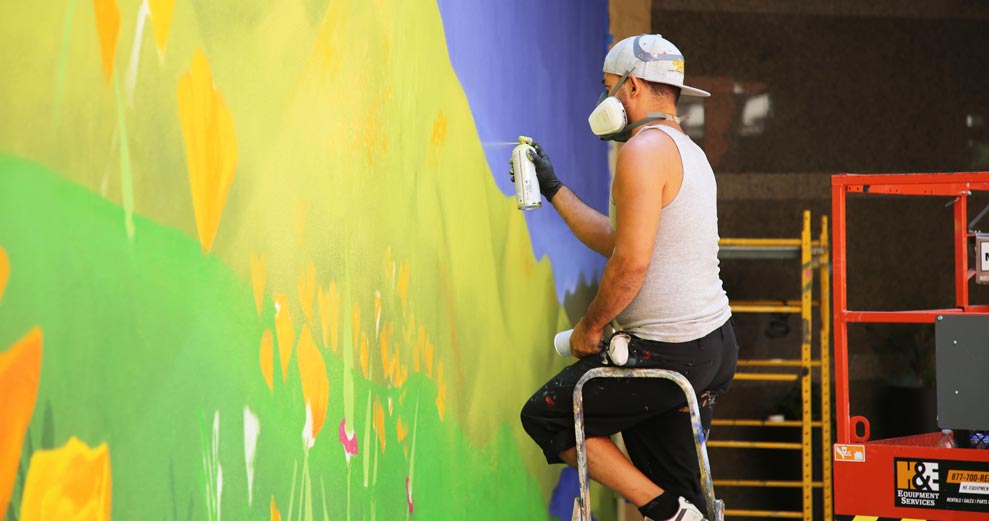 Sacramento’s biggest public art event, Wide Open Walls, has returned with more than 40 artists painting murals throughout the Sacramento area—an event that has spawned an increased interest in the arts among locals and visitors alike. Student groups are invited to do self-guided, walking or cycling tours to view the art throughout the city.

“The success and continuation of Wide Open Walls is a testament to how alive and strong the art culture is here in Sacramento,” said event founder David Sobon. “We’re thrilled to once again transform the city as we showcase the talents of a diverse group of local and international artists. By adding more tours, music, events and a street party and concert, we are expanding our theme of Art for All.”

This year’s artists include a mix of Sacramentans such as Aizlik Brown, Jaya King and Jenn Ponci alongside other American and International artists, including Herakut of Germany, Lin Fei Fei of China and Mateus Bailon of Brazil. One muralist whose work most are familiar with is Shepard Fairey, whose “Hope” poster of Barack Obama was an icon of the 2008 election.

While most of the murals to be added in 2018 will be concentrated in the Midtown and downtown grid in Sacramento, other mural sites include Oak Park, the Del Paso Boulevard area just north of the central city and Sacramento State University.

The combination of so many different artistic styles and cultural backgrounds brings a unique diversity of murals to the Golden State’s capital city, and this year’s murals add to the already more than 600 works throughout the region.

“Public art is an ideal way to showcase the culture and spirit of a destination, and projects like Wide Open Walls help to make our city better for visitors and residents alike.”