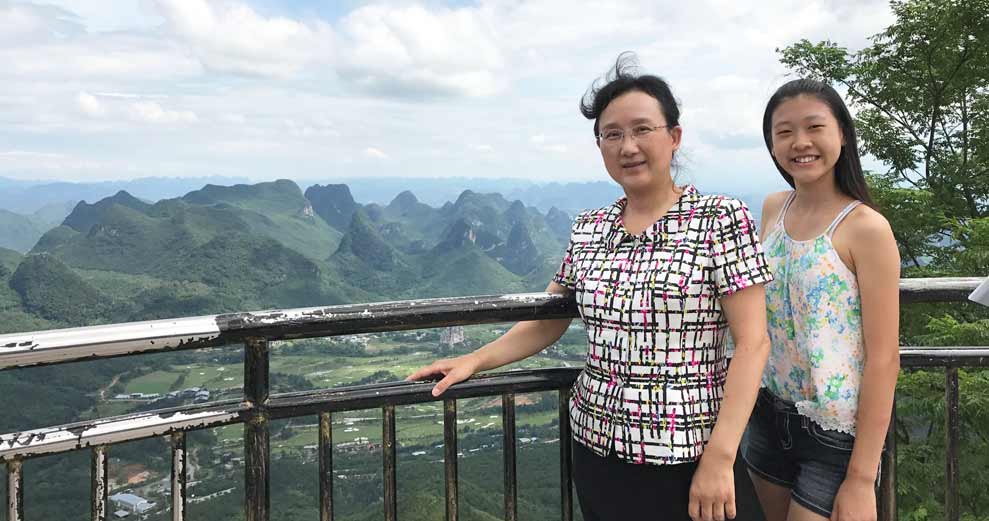 For months, students submitted their stories and lessons from their favorite trips for a chance to be awarded a valuable SYTA Youth Foundation scholarship. After reading through a large amount of incredible experiences, the Ripley Hunter “World is a Classroom” Essay Contest winner has been chosen!

“厕所在哪里? Cè suǒ zài nǎ lǐ?” I asked my grandma in my broken Chinese, hoping she would understand that I needed to find a restroom. She looked at me, confused, then shrugged and walked away to pick up my suitcase. I sighed. I was hopeless.

A couple months earlier, my parents told me that they decided to send me to China by myself over the summer and live with my grandparents for a week to experience Chinese culture and return to my roots. I dreaded the idea; I did not want to learn about my Chinese heritage because I lived in America, so I did not think it mattered.

The next thing I knew, I was on a plane to China, with my only knowledge of Chinese being how to ask where the bathroom was, travelling across the world to live with my grandparents, whom I haven’t seen since I was 3. Arriving at the airport in Shanghai, I looked down at a crumpled photo in my hand of my grandparents, then looked up to see them waving at me, smiling, holding a sign with Chinese characters that I could not read. They greeted me at the baggage claim, asking me many questions that all sounded like gibberish; I simply smiled and nodded. It was going to be a long week.

Throughout the week, I learned about life and culture in China. As my grandparents took me through a typical week of life in China, I was awed. I learned about Chinese foods, traditions, architecture, history, and life in general. I never realized the remarkable Chinese background that I possessed, rich with cultural history and thousands of years of ancient traditions. As the week came to an end, I started to appreciate my Chinese identity after learning about the beauty of it. I changed.

As the daughter of two Chinese immigrants living in America, I knew about my Chinese heritage, but I never sought to learn about it. I never bothered to learn Chinese. I never wanted to celebrate any Chinese holidays. I didn’t even want to eat Chinese foods. In an effort to assimilate, I tried to suppress my Chinese cultural identity in America. I would cringe when my parents spoke to me in Chinese in public, urging them to talk in English. In elementary school, when I brought lunch to school, my mom would always pack dumplings or noodles paired with chopsticks and a bowl of rice. I would throw my lunch away and go buy a slice of pizza from the school cafeteria, not wanting to be seen eating foreign foods.

But after my trip to China, I truly opened my eyes and realized that there is no reason to hide my culture. Culture is such a beautiful thing, as it shapes each person to be who they are, creating diversity within the community. I had learned about the beauty of my culture while in China, and from then on, I began to embrace it rather than suppress it. It makes me proud. It makes me diverse. It makes me who I am today.

Jennifer Xiong, a freshman from The Hockaday School in Plano, Texas, wrote the winning essay for the 2018 Ripley Hunter “World Is a Classroom” essay contest.