Journey Back to the Future 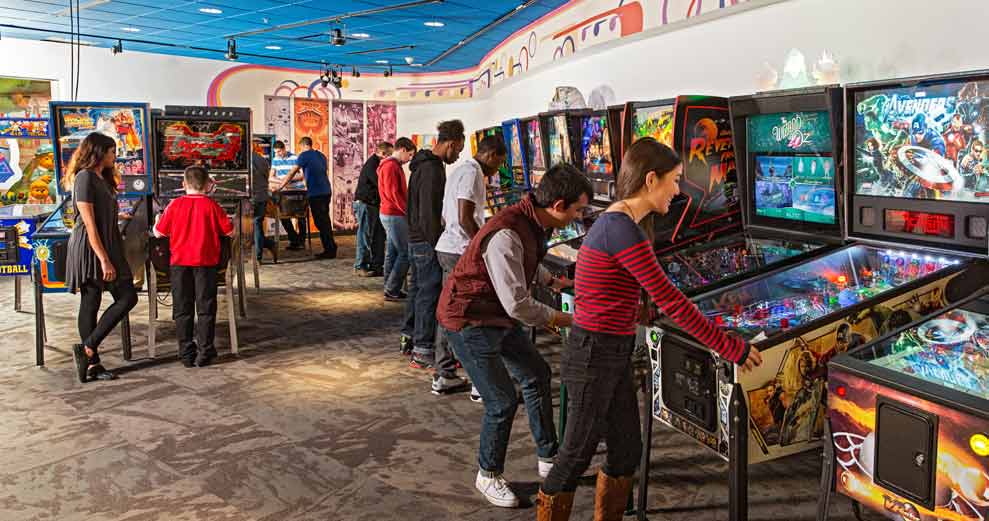 The Strong National Museum of Play has developed a new itinerary that focuses on video game history, education and design—perfect for students who aspire to put their creativity into action! Learn more about why this is an experience students won’t find anywhere else.

In partnership with the Rochester Institute of Technology (RIT,) The Strong National Museum of Play’s Back to the Future itinerary is a new summer program made available for student groups ranging from sixth grade to college.

With The Strong National Museum of Play being home to the World Video Game Hall of Fame, it’s no surprise that it’s the perfect place to learn more! The Back to the Future itinerary has an in-depth focus on video game history, education and design across various venues.

Students kick off their program by spending an hour with experts from The Strong’s International Center for the History of Electronic Games, where they’ll trace the roots of video games back to their origins in the 1950s, learn about rare and revolutionary video games from Pong to Pokémon Go, and discover the history of games inducted into The Strong’s World Video Game Hall of Fame.

From there, they’ll spend the afternoon at RIT and enjoy two high-tech educational sessions focused on the creation of interactive digital media, film editing, color correction, 3D effects, image processing and more. Students will cap off the evening at Seabreeze Amusement Park, one of only 13 trolley parks still operating in the United States.

Afterward, students make their way back to The Strong to enjoy a tour of the museum’s Dryden Theatre, one of only three theaters in the country that can project nitrate film. Additionally, they’ll learn how to create black-and-white 35mm film stock—a process done by making a gelatin silver bromide emulsion, coating an acetate film base, and slitting and perforating film stock. The trip is wrapped up with a high-flying adventure at Bristol Mountain Aerial Adventure Park.

Learn more at The Strong National Museum of Play.