An Immersive Historical Experience Just Got an Upgrade 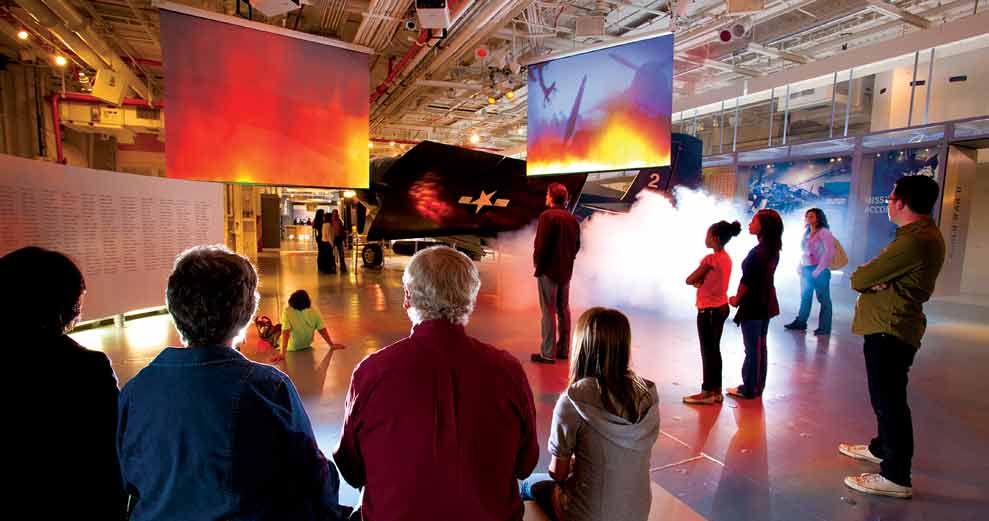 The Intrepid Sea, Air & Space Museum’s Kamikaze exhibit is an immersive multimedia experience that transports visitors back to November 25, 1944, when Intrepid was struck by two kamikaze planes during World War II. Now, thanks to a $420,000 grant from the Daniels Fund, the exhibit will be able to reach more students than ever before.

Not only will grant funds enhance accessibility and the exhibit’s overall display, but it will also boost content and connected educational programming, allowing the Museum to improve and expand the experience for all visitors. Bill Daniels, who established the Daniels Fund, was a naval fighter pilot in World War II and Korea and was awarded the Bronze Star for his valor during this enemy attack on Intrepid.

The reimagined exhibit will explore the toll of the kamikaze attacks on the ship and crew and emphasize personal stories of those affected, including that of Bill Daniels. The museum will add a digital display to include new documents, artifacts, diaries, letters and oral histories, as well as update the exhibit’s Memorial Wall, which lists the names of the more than 250 men who were killed while serving aboard Intrepid. The updated exhibit will also include personal artifacts of Bill Daniels, on loan from the Daniels Fund.

“This generous funding will allow the Museum to more effectively tell the stories that serve as a bridge between the heroes of the past and the young minds that will build the future. For that, we are incredibly grateful to the Daniels Fund,” said Susan Marenoff-Zausner, president of the Intrepid Sea, Air & Space Museum.

“We are thrilled to develop expanded educational experiences in tandem with a fully-enhanced exhibit that will offer a powerful, immersive experience for visitors of all ages and abilities.”

The grant will provide an opportunity to make the exhibit more accessible for student groups of all kinds by outfitting the video with open captions, audio description and more seating. These updates will strengthen the exhibit’s education opportunities so that groups of all abilities can engage in this compelling story.

“When Intrepid was attacked, Bill Daniels heroically rescued several injured and trapped shipmates, earning the Bronze Star,” said Linda Childears, President & CEO of the Daniels Fund. “We’re delighted to support this exhibit which will honor those that served on Intrepid and help people learn about the ship’s historical significance.”