Don’t Ruin It for the Rest of the Class 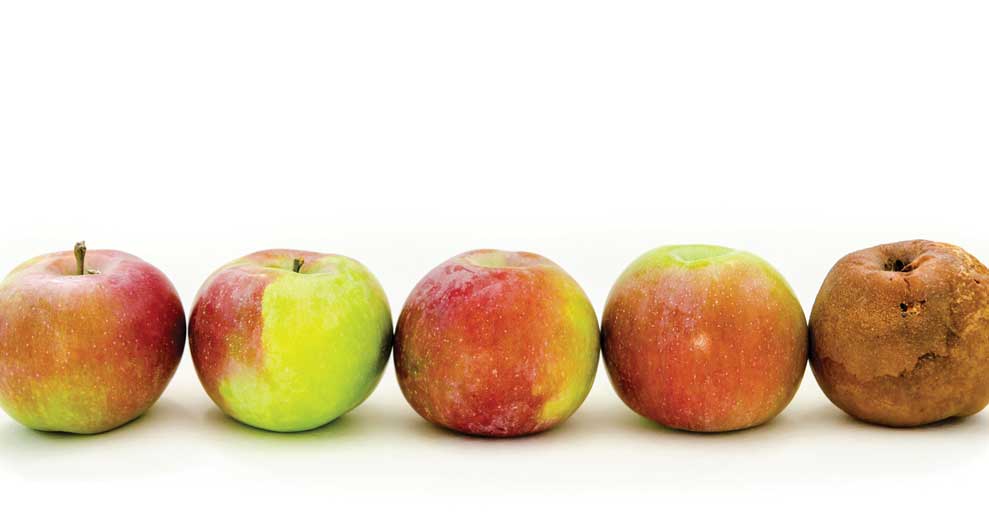 The saying “One bad apple spoils the whole bunch” could apply to travel if you don’t set guidelines, enforce rules and discipline anyone ruining the experience for others. The Jackson Five sang “One Bad Apple,” about a situation in which a person’s negative demeanor and bad behavior affected another. One person’s words or actions can adversely affect an entire group, influencing them to have a similar negative attitude or engage in that bad behavior. People may miss out on experiences because attention is focused on the bad apple—not the rest of the bunch. Tour leaders must be careful to not let one person or a small group ruin it for the rest.

During a high school group trip around Europe, one student continually ignored the rules. After several days of unruly behavior and little to no response from stern conversations by the four teachers, it was time to take serious action. We were taking valuable time and attention from the other 39 students; this behavior had to stop. We contacted the parents, informing them of their daughter’s misbehavior and the possibility she might be sent home early.

We sat the student down and informed her that if she did not adhere to the rules, she would spend time with the leaders during our free time in Salzburg, Austria. This was our last resort before we informed the parents their child would fly home, at added expense. Unfortunately, the misdeeds continued. Students and teachers alike were excited about the six hours we had to explore Salzburg and created a list of sights to see and things to do.

When we arrived in Salzburg, we had no choice but to make the offending student tag along with the four leaders. It was a humiliating experience for her, especially when she saw her fellow travelers heading off in groups to explore the city. She begged us to give her one more chance; we said no. To top it off, we told her she had to do what we planned to do, not what she wanted. Due to misbehavior, she lost that privilege. She didn’t give us a problem that entire day, as she realized how close she’d been to her trip ending. Through the leaders’ discipline, her negative actions were nipped in the bud and she adhered to the rules for the remainder of the trip. It was a win-win situation: She learned a valuable lesson and the other students were not penalized because of her actions.

In Australia, we had a similar incident of misconduct involving four students. After completing a homestay in Cannes, we arrived in the Outback, where we stayed on a farm. The teachers were residing in a small house while the students stayed in large barns. We had just finished a wonderful evening of dancing, drinking Billy tea and sitting by the campfire when we went to our “homes” for the evening.

A student—let’s call her Susie—knocked on our door and asked if she could speak to the teachers. She proceeded to tell a story about her homestay, where four host families including hers gathered together for a fun evening. During the social, the host families offered alcohol to all, including the high school students. Three of the four students indulged in alcohol. Susie told us she did not consume alcohol and did not want to get into trouble for something the others had done. We gathered the details and told her to return to her lodging.

We called each of the four students—including Susie, so the others didn’t know she’d reported the incident to us—to the teachers’ house, one at a time, and asked them to share what transpired when the host families had a group social. Immediately, the two males admitted they were offered alcohol and they drank it. We asked each student to tell us who drank. The male students and Susie implicated the same three and indicated Susie did not drink.

The fourth student—let’s call her Lindsey—swore she did not drink. When we told Lindsey that the other students said she had consumed alcohol, she stuck to her story. The teachers knew Lindsey was lying. Now, we had to decide how to handle this situation, treat the four students fairly and not ruin it for others.

Once back on the Australian mainland, where we had cellphone service, we contacted the parents of the three students who had admitted or been accused of drinking. We disciplined all three, giving a lighter penalty to the two males. We felt they had learned their lesson and we appreciated that they admitted their wrongdoing. We reminded all students on the trip about the rules and our expectations and encouraged them to share things with their teachers—especially if they felt an injustice was being done. We knew the entire group did not want to be penalized for the actions of a few.

One student or a small group can potentially ruin a group travel experience for all. Often teachers use a collective punishment, which results in students saying “That’s not fair! Why should I be penalized for doing the right thing when other students were not?”

Trip leaders and educators need to nip the bad behavior of the few in the bud and work harder at building a sense of community and teaching students about the effects their choices have on their travel mates. Another way to look at it is in the translated words of Geoffrey Chaucer:

“About an old proverb, the words that say, ‘A rotten apple’s better thrown away before it spoils the barrel.'”