The Year of the Woman 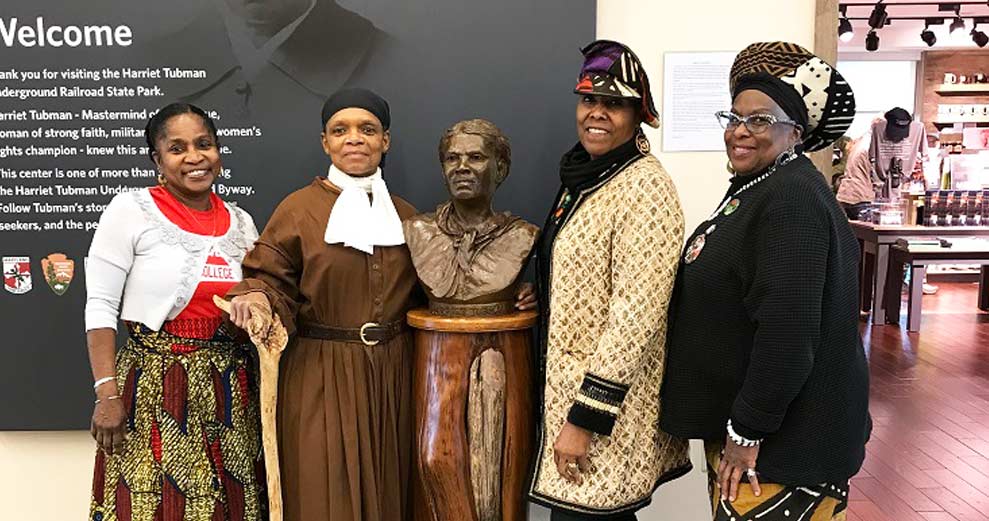 The importance of learning about the struggles of minorities has never been more timely. And surprisingly, Ocean City, Maryland, is a good place to start!

This beach resort is known for fun on the boardwalk, the Assateague ponies, arcades and fun in the sun. But now, Ocean City is helping all of Maryland celebrate Year of the Woman in 2020, which marks the 100th anniversary of the passage of the 19th Amendment, guaranteeing women’s right to vote.

This Maryland resort town is especially proud of its history of women leading the hospitality industry, from its early boarding house stages to the large brand flagship hotels of today. Known at one point in land records as the “Ladies Resort,” Ocean City evolved into an extensive family resort, hosting millions each year. Today in Ocean City, you can find women in leading roles in business, sales, government, tourism and hospitality.

The OC Life-Saving Station Museum on Ocean City’s famous Boardwalk is celebrating with programs and exhibits in 2020, to commemorate the role women have played in building this popular Mid-Atlantic town. Their exhibition, A Feminine Touch; The Women of Ocean City will highlight the accomplishments of many of the forerunners of the hospitality industry on the East Coast.

Another Year of the Woman inclusion celebrates black freedom activist Harriet Tubman. Also known as “Minty” in her youth, Tubman helped form the Underground Railroad to smuggle slaves and point them to Northern freedom. She remains a popular, iconic figure—a brave woman who risked everything to establish freedom.

The recently released movie on her life, Harriet, was partially shot near the Visitor Center bearing her name. The visitor center, en route to Ocean City, is located in the natural rural marshes where Tubman was born. Groups can enjoy the free visitor center, see exhibits, or have organized study and discussion in one of the research rooms.

“I grew up in Dorchester County, Maryland, where Harriet Tubman was born,” said Norma Dobrowolski, Destination Marketing Manager, Ocean City. “I remember learning about her in fifth grade. Years later, now as an adult, I never would have imagined the national engagement she has recently generated. It’s just fantastic!”

To learn more about how your student group could experience these enriching opportunities, contact Norma Dobrowolski, Ocean City’s Destination Marketing Manager, at 410.289.2800 or [email protected].