A Longtime Love for the Gateway City 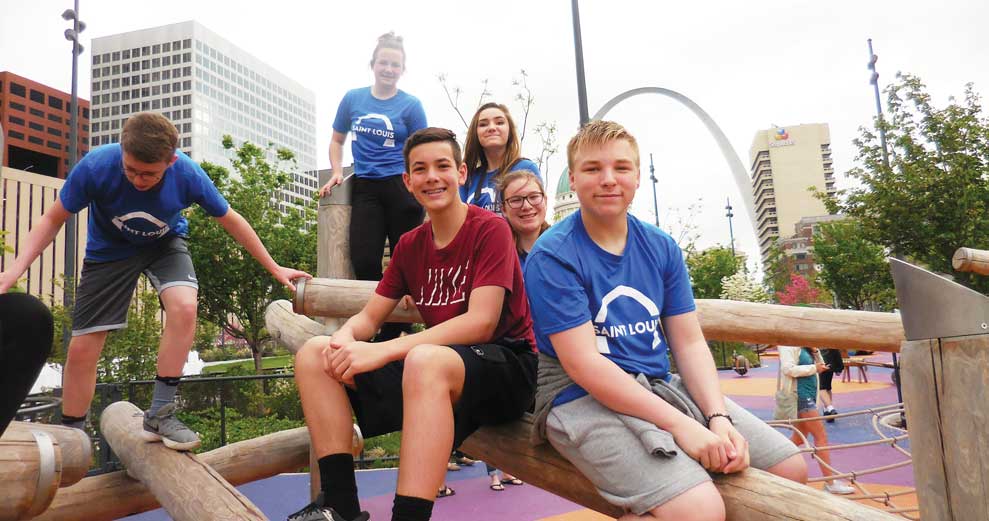 Jeff Hahn, an eighth-grade teacher at Cross Lutheran School in Yorkville, Illinois, has been taking his students to St. Louis, Missouri, for the past 17 years. Hahn taught multiple grade levels throughout his 31 years with the school before taking over the eighth-grade teaching position, which sparked his passion for student travel.

“The eighth-grade class has been going to St. Louis for a number of years, mostly because the previous teacher was a St. Louis native,” said Hahn. “When I became the eighth-grade teacher, we continued the tradition.”

It was then that a parent of one of Hahn’s students took over planning the trip and discovered Hemisphere Educational Travel; Hahn has been working with the company ever since.

“Brad and Hemisphere Travel make the whole trip very easy,” said Hahn, noting his groups have never had a bad experience in St. Louis. “They plan it all and it has always gone off like clockwork. They do a fantastic job!”

Hahn usually travels with about 20 students and 15 parents, in addition to Cross Lutheran’s principal, on the school’s trips to the Gateway City. Students raise funds for their trip by selling items such as candles and suckers.

While visiting, students were able to gaze in awe at the city from inside the landmark Gateway Arch, explore the unexpected at the St. Louis Science Center, pet and hang out with friendly critters at Grant’s Farm, indulge in some frozen custard at Ted Drewes, turn up the fun at Epic 6 Laser Tag and Sports, and more.

“After every trip, I have the kids evaluate which attraction they like the best and they all like different ones,” said Hahn, adding that they love to stay at the Drury Inn and Suites at the Arch. “There’s something for everyone.”

Students and parents alike raved about the trip, said Hahn, whether it was their visit to the popular City Museum, the bus ride, or simply spending time together at the hotel.

“I think what makes it so special is that it’s the student’s last big deal as a class together and they get to explore a city that they’re not familiar with,” said Hahn.

“I always remember the fun that the kids have, and how their friendships grow as they interact with each other at the different attractions.”

Extra special experiences like getting to sit in the St. Louis Cardinals dugout at Busch Stadium are among the many reasons Hahn’s students love visiting the city—and they keep Hahn wanting to come back, every year.

“Even when it rains and we have to alter plans, there’s always something to do!”

This article originally appeared in the November 2019 issue of Teach & Travel.