Top Experiences in Huntsville for Students 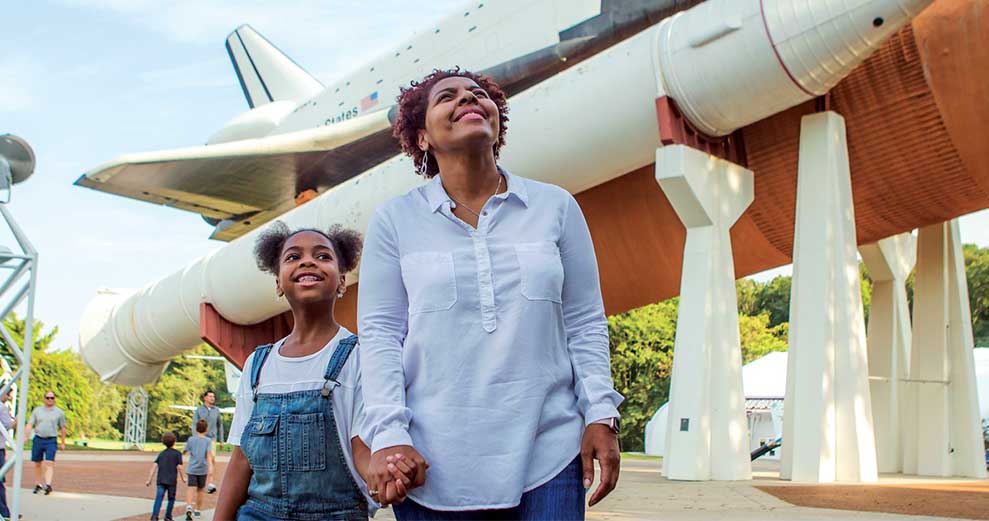 Though Huntsville’s most well-known attraction for students is the U.S. Space and Rocket Center, there is a variety of additional ways students could take their learning to new heights. The Huntsville community has a wealth of experiences designed to engage and inspire students of all ages.

MATH
“Exploring Enzymes” will be all your students will be able to talk about after visiting the HudsonAlpha Institute for Biotechnology, a nonprofit genome research institute located in Cummings Research Park. In this investigative activity, students will learn about enzyme specificity, discuss the role of enzymatic reactions during digestion of a fast food meal, evaluate several enzymes used in the production of apple juice and even create their own cheeses using enzymes produced by biotechnology.

SOCIAL STUDIES
Interpreters will make history come alive during “Village Living History” at Alabama Constitution Hall Park & Museum living history museum that marks the site where Alabama became the 22nd state admitted to the Union in 1819. During this activity, interpreters will invite students to card cotton, turn the great wheel lathe in the cabinet shop and watch the blacksmith’s handiwork.

TECHNOLOGY
“The Ultimate Field Trip” at the U.S. Space and Rocket Center brings your classroom curriculum to life! The Rocket Center houses more than 1,500 artifacts from America’s space program, including an authentic Saturn V moon rocket and Pathfinder, the world’s only full-scale shuttle stack. Students will experience a unique and inspiring day full of interactive simulators and exhibits and a hands-on, STEM curriculum-based science lab.

FINE ARTS
Looking for an out-of-this-world venue for your students’ musical performance? Come for a space camp or aviation challenge program and stay to perform! Bands, choirs, and other musical groups can perform at the U.S. Space and Rocket Center under the Pathfinder shuttle, the Saturn V moon rocket or in the Apollo Courtyard. Many musicians are able to say they’ve performed in a parade, but how many can say they’ve performed under a Saturn V moon rocket?

ENGINEERING
At NASA’s Marshall Space Flight Center, students could explore the International Space Station Payload Operations Integration Center, which is responsible for NASA’s on-board science operations for the International Space Station (ISS) and is in operation 24 hours a day, seven days a week. Thanks to a viewing area, students are able to observe the control room operations!