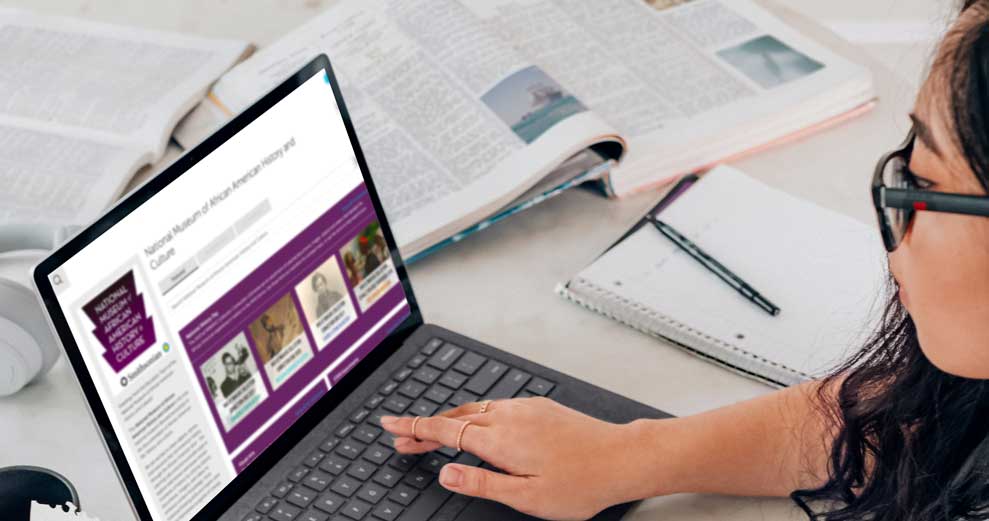 From the Civil War to the present, Washington, D.C., has plenty of virtual opportunities for students to discuss and understand the 400-year struggle for freedom and equality. Thanks to Destination DC, learn how you could journey through the area’s many hallmark institutions.

First, venture virtually to the Smithsonian National Museum of African American History. Students could explore the museum’s exhibitions and visit the Learning Lab to immerse themselves in the historic, scientific, musical, and artistic experiences of African Americans. Be sure to continue the conversation with the online Talking About Race resources.

Students could honor prominent African Americans at Arlington National Cemetery with a self-guided virtual tour and acknowledge the contributions of African American soldiers buried there, among them civil rights activist Medgar Evers.

At Ford’s Theatre, get the facts about Lincoln’s assassination, explore the impact it had on the nation, and consider the effect the event had on the Reconstruction.

A new perspective could be found during a Peace Trail Monuments Tour, where students could take a virtual walk of the National Mall with the Institute of Peace and Guild of Professional Tour Guides Peace Trail. Reflect at the Martin Luther King, Jr. Memorial, listen to his “I Have a Dream” speech at the Lincoln Memorial, all the while utilizing the Peace Trail Activity Book.

Visit the U.S. Capitol, take a guided virtual tour, and discover African American art throughout the building, including the Slave Labor Commemorative Marker. Students could also learn the story of Philip Reid and the Capitol’s Statue of Freedom.

Head to the Smithsonian National Portrait Gallery to view the portrait of President Barack Obama and discover portraits through online exhibits such as Portraits of African Americans, The Struggle for Justice, and Winold Reiss & the Harlem Renaissance.

Next, walk the grounds of Howard University and explore the significance of Howard’s history as a prestigious Historically Black College and University in the United States.

Continue with a video on the history of the iconic Ben’s Chili Bowl restaurant and U Street, once known as “Black Broadway.” Students could take an audio or self-guided neighborhood tour with Cultural Tourism DC, make their own half-smoke at home, and listen to the late Chuck Brown play Go-Go—the official music of Washington, D.C.

Tour the African American Civil War Memorial and Museum with this video summary of Black Soldiers during the Civil War, and learn even more with a crafted lesson plan: Civil War to Civil Rights.

From there, celebrate D.C. mural art by creating your own tour with MuralsDC, and walking the city’s streets with mural artist Aniekan Udofia.

Finally, visit Black Lives Matter plaza to understand why the demonstrations began and the statement the Black Lives Matter mural makes. Students could watch why D.C. Mayor Muriel Bowser commissioned the mural and learn with the Freedom Forum Institute why we need to protect our First Amendment rights.