Students Speak: Have the Difficult Conversations 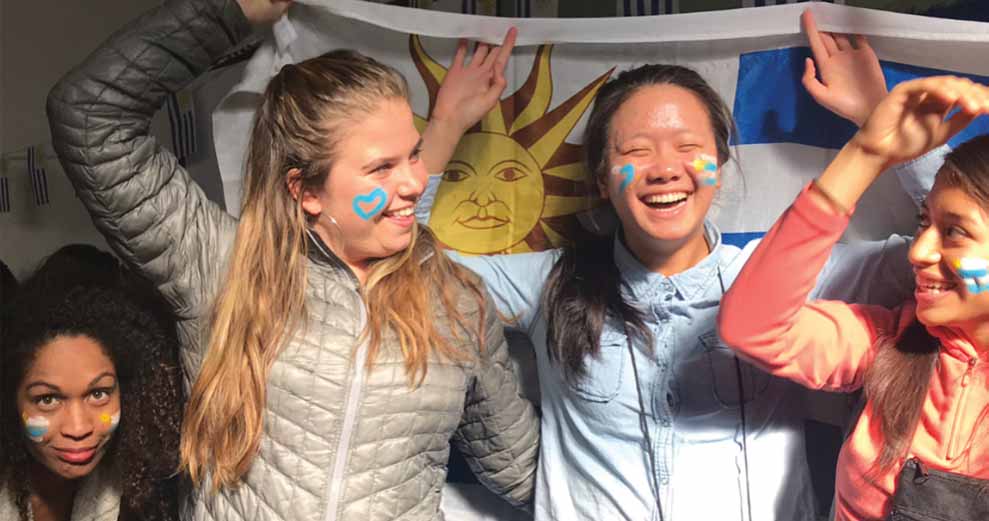 Ashley Lin, from Union High School in Camas, Washington, wrote this second-place essay for the 2020 Ripley Hunter “World Is a Classroom” essay contest.

I had the once-in-a-lifetime opportunity to serve as a U.S. Youth Ambassador to Uruguay. Youth Ambassadors spent a day volunteering at Los Treboles, an educational facility for low-income youth on the Montevideo outskirts. After riding bumpy dirt roads, we reached our destination. I remember leaping off the bus with a wide smile and an energetic, “¡Hola, me llamo Ashley! Cómo puedo ayudar?”

There was a lot I could do. I pushed some students on the swings and practiced English with others. Afternoon brought a surprise: The students had finished their world cultures unit and prepared a short performance for us. We gathered around the courtyard, buzzing with excitement. Little did we know, the students and staff would dress up as each culture they studied—appropriating traditional cultural items and using theatrical face paint. When teachers appeared in white face paint with oriental umbrellas, I cringed at the crude representation of Chinese people. Upon seeing blackface, my Black American counterparts reached a whole new level of agitation.

Student from the U.S., influenced by our history with slavery and racism, viewed blackface as something that exacerbated racial stereotypes and grossly over-sexualized Blackness. As the show progressed, the U.S. students grew angrier. Meanwhile, the Uruguayan students and staff, influenced by comparsas, candombes, and the carnival, viewed blackface makeup and “African” costumes as culturally acceptable.

At first, we tried to ignore the issue and focus on building friendships through grace. It quickly became clear: Ignoring the elephant in the room was impossible. Both the Americans and Uruguayans had the best intentions, alone not enough to sustain productive and constructive cross-cultural friendships. Intentions must be joined by awareness and understanding of the perspectives we hold, how they’re different, why these differences exist. This required us to push ourselves into uncomfortable conversations.

We decided to hold a town hall-style event to speak about the historical role blackface has played in exacerbating racial stereotypes, name the problem, and brainstorm ways we can be more culturally inclusive and sensitive in our intercultural exchange. We weren’t trying to make anyone throw away their values—just asking both sides to listen to each other with an open heart and maybe be convinced to change their minds.

It takes a lot of courage to stick to your morals and speak about what’s really important, while recognizing you don’t know everything and being humble enough to listen nicely to people who disagree with you. My experience at Los Treboles taught me that sometimes, you have to give the opinion that’s not the most favorable. It’s not something you’ll generally enjoy but it’s always worth it at the end.

Having true dialogue on these controversial issues is key to cultivate bonds of true friendship!