An Inside Look at the Disney Imagination Campus 50 Teachers Celebration 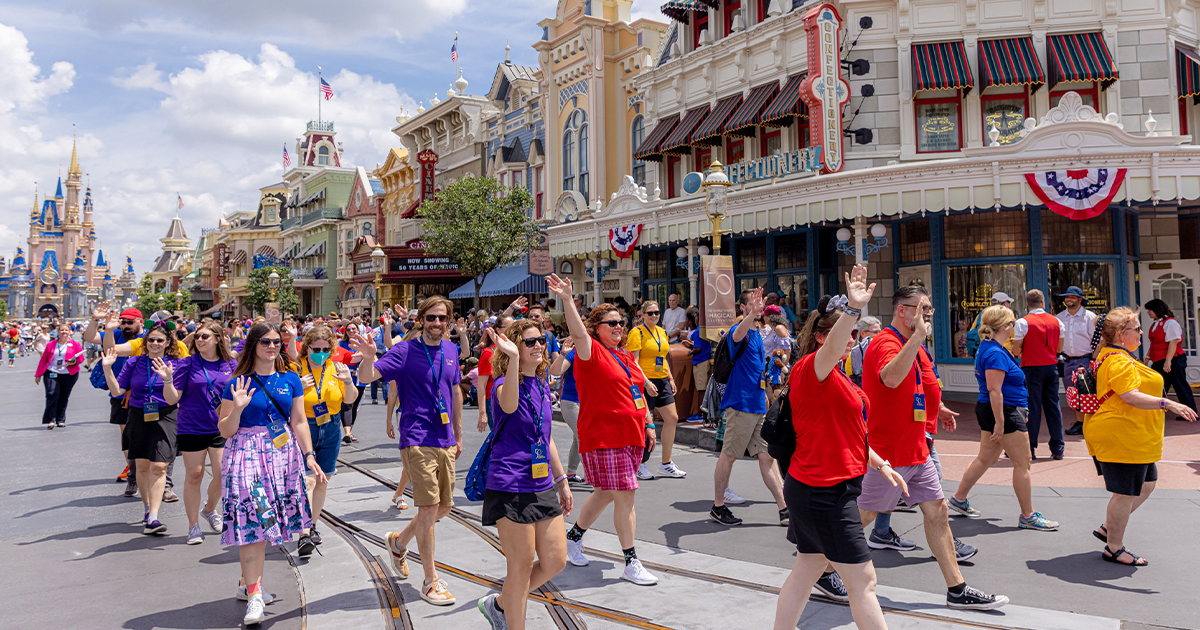 This past Memorial Day weekend, Disney invited 50 inspiring teachers to come to Walt Disney World Resort for a four-day celebration of their important work with our nation’s students.

Chosen from thousands of teachers who submitted essays, the 50 selected wield imagination expertly in their classroom — whether it’s creating an outer space escape room, or setting up a classroom Shark Tank, or connecting students directly to local businesses.

In order to help spread the word of these amazing teachers, Disney invited Teach & Travel to be a fly on the wall for this celebration.

While the teachers and their families had four days at Disney World, Friday was their special day in the spotlight. The celebration began by walking into a completely empty Magic Kingdom. There’s something truly special about walking down a quiet Main Street, U.S.A., early in the morning, the only ones there to take it all in.

Then we jumped right into breakfast, where I started meeting inspiring teachers as the regular parkgoers poured into Magic Kingdom. Despite each of the teachers expressing some amount of imposter syndrome at being there, it was clear they’re all passionate, talented and worthy of being celebrated.

Emily from Ohio has high school students create their own businesses that solve a problem in their life. Then they’re introduced to local entrepreneurs and paired with a mentor in their area of interest. Many of these students are now directly part of the local business community.

Similarly, Shannon from Texas has her middle school students use a 3D printer to create a product that they pitch to a panel of teachers playing the role of investors, using lots of math and engineering along the way.

Meanwhile, Nate from California focuses on teaching reality vs. misinformation online, and has his middle-school students create fake ghost videos. Then, Beatrice from Louisiana believes that science is citizenship, and working together as a team is key. She’s actually a “hardcore Disney fan,” to the extent she got married in Disney!

Next, the teachers split up into groups and dove into one of Disney Imagination Campus’s new workshops, creating a theme park! The teachers were essentially treated like students, and they were happy to play the part, inventing parks themed around the four elements, the seasons, different climates, food groups, and more. They were forced to think about not just rides, but transportation, shops, food options, performances, etc. After a quick walk around the park to see how Disney does some of these things, they use blocks to create a table-top model for their parks. 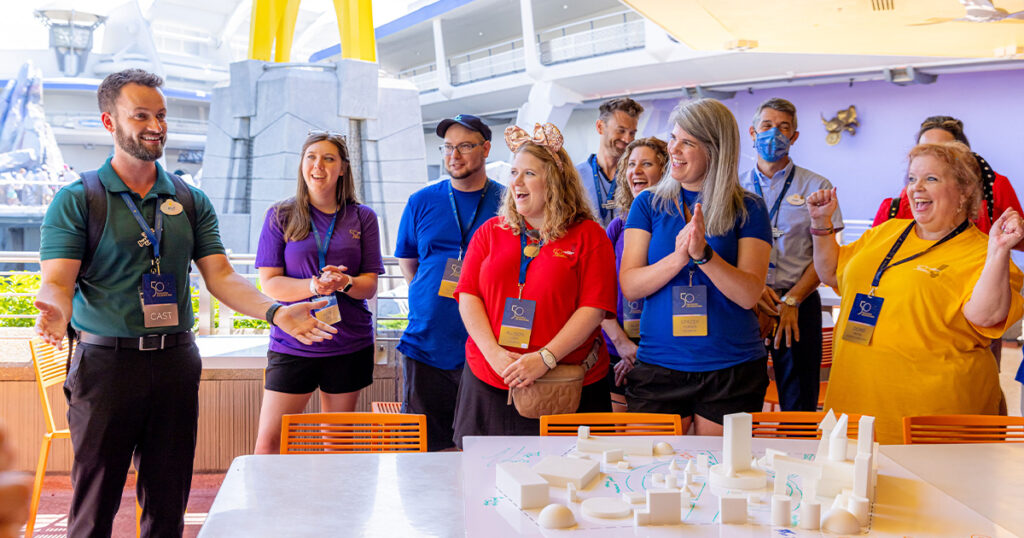 If I was a student, I’d be eating this workshop up. It’s creativity, collaboration, and constructive critique all at once!

Next, it was time for what many teachers told me was the highlight of their experience: The parade. The 50 teachers led the Festival of Fantasy Parade, walking through Magic Kingdom as parkgoers cheered them on, thanked them for being teachers, and encouraged them as they passed. Many happy tears were shed as these educators felt the appreciation they don’t always get at home — not to mention the fact many of these teachers are lifelong Disney fans and never imagined actually marching in a parade on Main Street, U.S.A.

We then headed into the air conditioning for an afternoon of inspiring sessions with Disney executives and a Broadway performer. I won’t detail everything said there, but these executives talked about how important teachers have been to each of their respective careers, and how they’ve learned to be great leaders using inclusion, collaboration, imagination, and mentorship. It was both inspiring and informative!

My personal favorite part of the day was the theater workshop, where I got to see 50 teachers learn the choreography, lines and music for a scene from the Broadway musical version of Frozen. The professionalism on display in this workshop was incredible — it was clear the instructor has done this a million times before, and still loves every second of it.

From understanding and embodying a character to properly stretching and warming up, to trying out line deliveries and exploring physicality, the workshop had it all, and this wasn’t even the full version students would experience. It was pure fun, and I can see it opening the doors to the world of theater for any student who participates.

The rest of the day was celebrating the teachers, from a Broadway performance to a huge meal altogether (families included), and the magical fireworks/lights/music show Harmonious. The night ended with the teachers and their families being some of the very first people ever to ride the new Guardians of the Galaxy: Cosmic Rewind.

In my time with the teachers, they talked about how great it was to be around so many other great educators from around the country. They shared ideas and asked constant questions of one another, eager to get everything they could out of the experience. Any gathering of 50 passionate teachers would be a sight to behold, and the fact it happened at Disney World made it even more magical.

Keep an eye on syta.org in the coming weeks for more in-depth profiles of select teachers from the celebration.