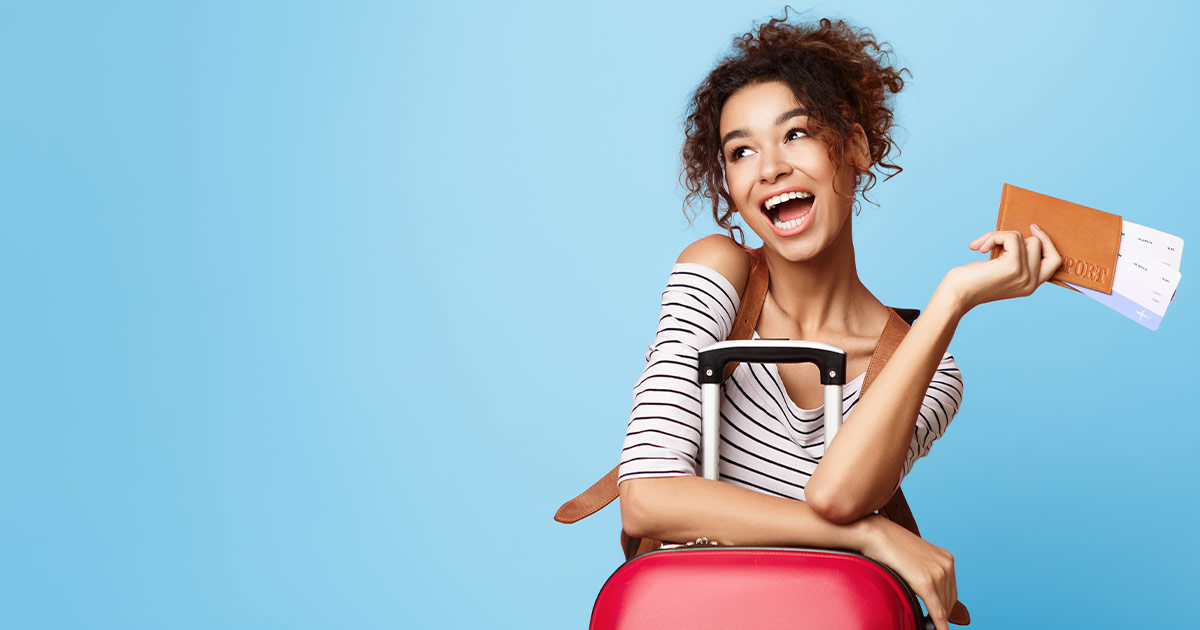 With the return of student travel, its time to start thinking about where to go to next. From Los Angeles to Italy, the world is full of amazing student travel destinations!

The birthplace of Dr. Martin Luther King Jr., Atlanta, Georgia is known for its complex history and roots in the civil rights movement, a diverse pop culture impact, and some of the biggest leaders in global industry, including Coca Cola, Delta Airlines, and more—not to mention Atlanta’s iconic barbecue food! Come to Georgia’s capital city for unique and fun educational attractions diving into the world of STEAM, alongside powerful and inspiring civil rights history all around.

As the state’s largest city, Baltimore, Maryland is a frequent student travel destination thanks to a wide variety of things to do, see and learn. Multiple American legends come from the city, from sports stars to world-changing African American figures. For instance, famous slugger Babe Ruth and businessman Reginald Lewis come from the city, and Edgar Allan Poe is buried there, his home now open as a local museum. Baltimore’s status as an essential seaport also contributes to centuries of history and modern attractions, including historic ships, lighthouses, harbor cruises, and an award-winning aquarium.

Known as the home of Harvard, Boston, Massachusetts, is an East Coast staple filled to the brim with essential Colonial history and cutting-edge technology. Students can learn about a certain tea-centric event that played a huge part in what America became, follow trails where every step tells a story, become immersed in various live performances where they might become cast members themselves, and enjoy other pursuits. For showing students a new perspective of the city, a Boston Harbor cruise can’t be beat.

One of America’s largest cities, Chicago, Illinois never fails to impress. While in the Windy City, students can have their pick of live shows at more than 200 theaters and visit museums offering opportunities to uncover dinosaurs, look nature in the eye, and float outside the International Space Station in virtual reality. Soak up unforgettable sights by foot, bus, bike, or boat—or from a bird’s-eye view!

Head to Cleveland, Ohio in the Midwest, where thrills of all kinds are easily found. Students can traverse miles of the city by trolley, uncover the roots of rock ‘n’ roll through stories and artifacts, “dive” beneath the water’s surface to encounter aquatic life face-to-face, admire a certain two-story Victorian house seen in a classic holiday movie, and more. Also nearby is plenty of theme park fun, sure to satisfy even the biggest roller coaster fans.

For Civil War history enthusiasts, Gettysburg, Pennsylvania can’t be beat. The town is filled to the gills with American history going back to 1736. From interactive museums and hands-on demonstrations to civilian stories, unique battlefield tours, agricultural experiences and a multitude of group-friendly dining options, Gettysburg and the surrounding Adams County is an ideal student destination. See where Lincoln gave his famous address four months after a decisive battle turned the tides of the war.

In the heart of Central America, Costa Rica is a fount of culture, nature and history. Considered one of the happiest nations in the world, this coastal country is filled with lush nature and rich culture from top to bottom. Visit for some of the most beautiful and unique nature preserves in the world, from a volcanos to waterfalls, canals, national parks and beyond. There’s also a rich cultural history, including museums with artifacts dating back before the arrival of Columbus.

France provides a truly authentic European experience through unmistakable landmarks, among them the most-visited monument in the world, an unparalleled art museum, and unforgettable looks at historic events. Beyond the famous cities, UNESCO World Heritage sites are sprinkled throughout, while culinary traditions offer something desirable around every corner. From Paris and Nantes to Toulouse and Nice, France’s atmosphere is one of heritage and distinction.

Home to more UNESCO World Heritage sites than any other country, along with an exceptionally famous leaning tower, Italy is a European gem of history and culture. Students can be transported through time visiting ancient ruins, relics and archeological sites in Rome; untether their imaginations viewing iconic art in Florence; and see things from a new perspective with a gondola ride through the canals of Venice. Just don’t forget to slow down and try all the delicious food you can in your time here.

Out on the West Coast, Los Angeles, California is an ideal place for students to explore where movie magic is made, thanks to behind-the-scenes tours and a collection of the most famous celebrity handprints around. Expose students to the possibilities of America’s creative industry before venturing to one of the nearby, legendary theme parks from the world’s biggest movie studios. There’s also loads to learn in LA at science centers and natural history museums, not to mention hiking opportunities surrounding the city.

The Home of the Blues. The Birthplace of Rock ‘n’ Roll. The place where Elvis Presley swung his hips, B.B. King strummed his signature sound, and Johnny Cash donned his outlaw persona. Music is central to Memphis, Tennessee—or maybe Memphis is central to music. Head here for endless inspiring music history, featured in museums all over the city. There’s also lots to learn about the incredible impact influential African American figures had on our culture, including Dr. Martin Luther King Jr., who tragically lost his life in the city, but is honored there now.

Music is also the universal language of Nashville, Tennessee, so it’s no wonder Music City offers plenty of prospects for students to perform and explore the history of music of all kinds. Tour where music legends recorded timeless tracks, take a backstage tour of notable venues, then catch a show! Whether students prefer hanging out in the treetops or exploring land closely tied to U.S. history, opportunities for outdoor adventure also abound.

Culture is king in gorgeous New Orleans, Louisiana, where students can experience more than 300 years of stories and celebrations. Tours through the French Quarter and historic homes offer a glimpse of the past, while museums offer looks at Southern art, Mardi Gras Indian Culture, World War II and more. Though a bustling city, learning about conservation and nature—right in the heart of The Big Easy—is simple. Be sure students try some traditional cuisine only found here!

New York, New York is known as the Center of the Universe for good reason. The biggest city in the U.S. is densely packed with endless cultural experiences and history. Throughout the city’s five boroughs, students can find some of the most recognized monuments in the world; gaze upon iconic skylines from tens of stories above the ground; peruse world-class museums dedicated to art, oddities, and celebrities; and take in the sights. Memories are easy to make throughout the city, often favored for Broadway shows and their corresponding behind-the-scenes tours and workshops.

Sun and fun are easily found down South in Orlando, Florida. It’s known as the Theme Park Capital of the World for a reason! Students can fly high on rides of all kinds before hopping on an air boat to get an up-close and personal look at marsh and wetland life. There are also tons of opportunities for bands and choirs to perform all around the area. And there’s no shortage of delicious dining options, some of which will make students feel like they’re a world away.

A history buff’s dream, Philadelphia, Pennsylvania is chock full of truly unique experiences, such as seeing where the Declaration of Independence and the U.S. Constitution were rafted and signed, along with America’s oldest—and possibly most charming—residential street. They can even stand among life-size statues of the Founding Fathers. The City of Brotherly Love has plenty of opportunities for hands-on learning, whether your students are interested in Egyptology, the night sky, or simply taking a ride on a century-old carousel.

One of the fastest growing cities in the country, Seattle, Washington is a hub of architectural and cultural wonders surrounded by gorgeous water, mountains and forests. Head up a famous “needle” to see the nature-loving Emerald City before exploring massive markets, flying high at a flight museum, and relaxing in picturesque parks. Seattle is also home to an exciting food and coffee scene, offering unique dining experiences for traveling students.

The Gateway of the West, St. Louis, Missouri is the perfect entry point to what makes the “Show Me State” special. The famous 630-foot arch is a must-see, but the surrounding national park is equally impressive, running alongside the Mississippi River and full of beauty and information about American settlers’ movement west. The city’s civic center is also a sprawling park, home to multiple museums, science centers, zoos, war memorials, historic houses, interactive sculptures, a skating rink and more.

The hilly, windy, ever-temperate San Francisco, California is frequented for iconic sightseeing, from a famous island prison to one of the world’s most famous bridges. The city is small but dense compared to most, allowing for a full day of activities across hills with names, around foggy bay vistas, and along clanging cable cars. One curvy street alone receives nearly two million visitors per year. On top of all that, towering redwoods stand nearby in the Muir Woods.

Home to the nation’s capital, Ontario, Canada is a province full of culture, nature, sports and sightseeing. Student groups can spend multiple days traveling from city to city, including Toronto and Niagara Falls. The former has pro sports, traveling Broadway theater, world-class art collections, and the natural splendor of nearby islands. The latter is hugely popular with students due to the gorgeous falls flowing over 520 feet and historic sites all around. There’s also Ottawa, Canada’s capital city, filled with Indigenous history.

The United Kingdom is home to not one country, but multiple, each with their own distinct culture and history. England beams with world-class theater, diversity and museums celebrating literary greats, not to mention the world’s most famed clock tower. Scotland shines, thanks to the balance of its bustling cities and off-the-beaten-path mountain hikes. Wales comes alive with the energy of capital city Cardiff, where students can cheer on their favorite pro football teams. Northern Ireland opens a door to the past, with opportunities to learn about the infamous RMS Titanic—right where it was built.

The United States’ capital, Washington, D.C., is one destination every student deserves to visit. This highly walkable destination is ideal for learning the inner workings of the U.S. government while soaking up the hustle and bustle of a thriving theater and arts scene. See the monuments, memorials and museums so central to America’s history. Outdoor adventures abound as well, whether catching a sports game, admiring the blooming cherry blossoms in spring, or cruising down the Potomac River.

Once the capital of Virginia Colony, Williamsburg, Virginia played a significant role in the American Revolution and remains one of the most important historical sites in the country. At its heart is Colonial Williamsburg, a highly immersive district and living-history museum featuring actors depicting 18th-century life and culture. From the world of Colonial medicine to working with iron in a blacksmith shop, African American religion, ox wagon rides and more, Williamsburg offers history with captivating fun. 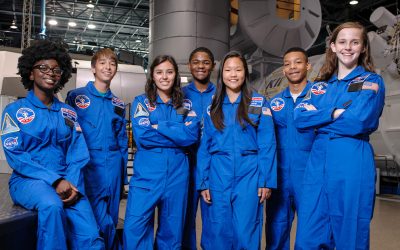 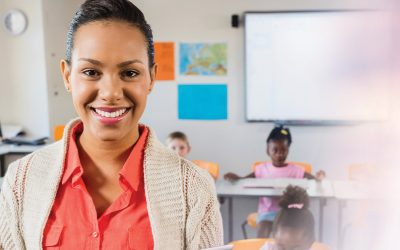 How to Prepare the Perfect Chaperones