Leadership and Creativity at the New Disney Imagination Campus 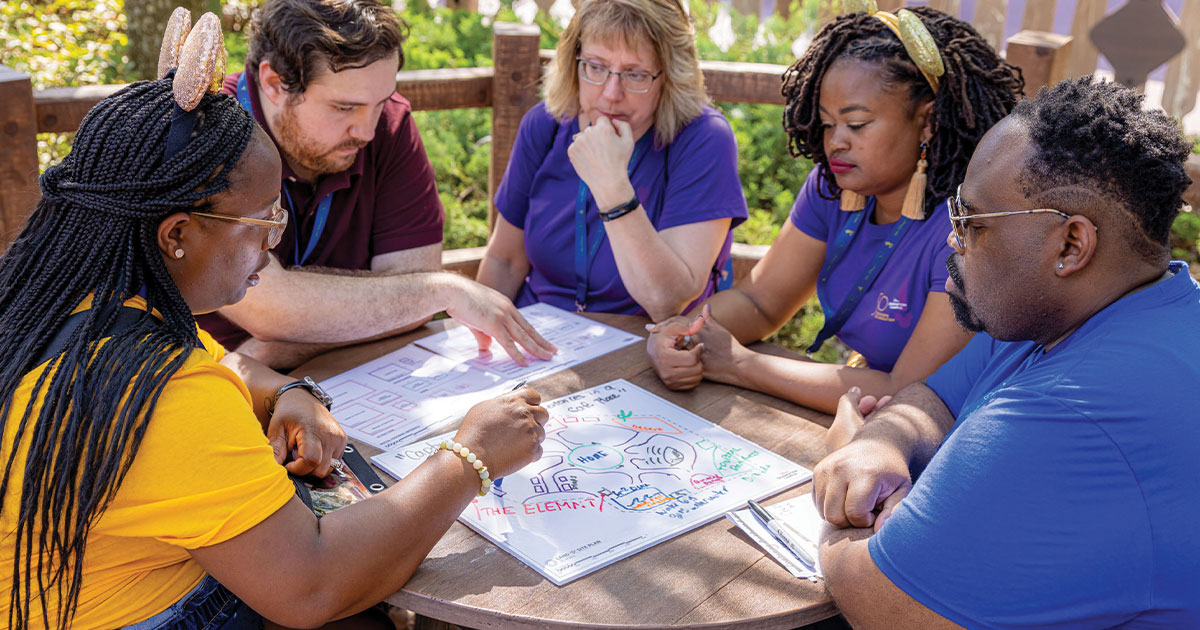 The Disney Imagination Campus is open and eager to welcome groups after a total reimagination of their student and youth programs.

Back in 2019, Disney was looking ahead to the 50th anniversary and had already started on reworking the Disney Youth Programs, essentially beginning from scratch to build up something fresh and new. Even when the pandemic hit, the work continued, as “We wanted to make sure that we were ready with something new for these teachers and their students to experience,” according to Charles Thomas, director of the Disney Imagination Campus. They began by reflecting on what they had done well and what opportunities remained, along with talking to teachers about what was coming in the trends of education and how they were thinking about travel.

“With all that, we started realizing there were three key areas of focus that seemed to be students’ needs; leadership, problem solving and creativity,” Thomas said. “So we started asking, what is the thing that we do best? And imagination is where we landed.”

Of course, this is all tied together through imagination. We at Teach & Travel had the fortune to see some of these workshops in action at the 50 Teachers Celebration. For instance, in the Theme Park Design workshop, the teachers were essentially treated like students, and they were happy to play the part, inventing parks themed around everything from seasons to food groups. They were forced to think about not just rides, but transportation, shops, food options, performances, etc. After a quick walk around the park to see how Disney does some of these things, they used blocks to create a table-top model for their parks.

Later, teachers took part in the Disney Broadway Magic workshop, which was a true sight to behold. Fifty adults learned the choreography, lines and music for a scene from the Broadway musical version of Frozen. The professionalism on display in this workshop was incredible—it was clear the instructor has done this many times before, and still loves every second of it. From embodying a character to properly stretching and warming up, to exploring line deliveries and physicality, the workshop had it all.

Thomas said the feedback has been great so far, with educators noting these programs have a lasting impact that can play out in schools back home. One band director even learned a thing or two at Disney.

“We had a band who’d gone through our immersive storytelling program, taking them to Disney’s Hollywood Studios, looking at color and texture and music and costumes. What helps our guest immerse into the story? So with that, they’re developing their own mood board. The director pulled our facilitator off to the side later and said, ‘This is exactly how we build the halftime show, and we don’t know why we haven’t included the students before. They just showed us they can do this.’ So that group is going to start incorporating their students into show design.”

These fresh programs are inspiring new imagination in students and teachers alike, and there will be three additional programs at some point in 2023.

“We’ll have a nice palette of programs that teachers can choose from,” Thomas said. “We will continue to stay incredibly curious about our ‘what if’ questions, and we will continue to listen to teachers and do our research on what’s the latest.

“You don’t want to sit still.”