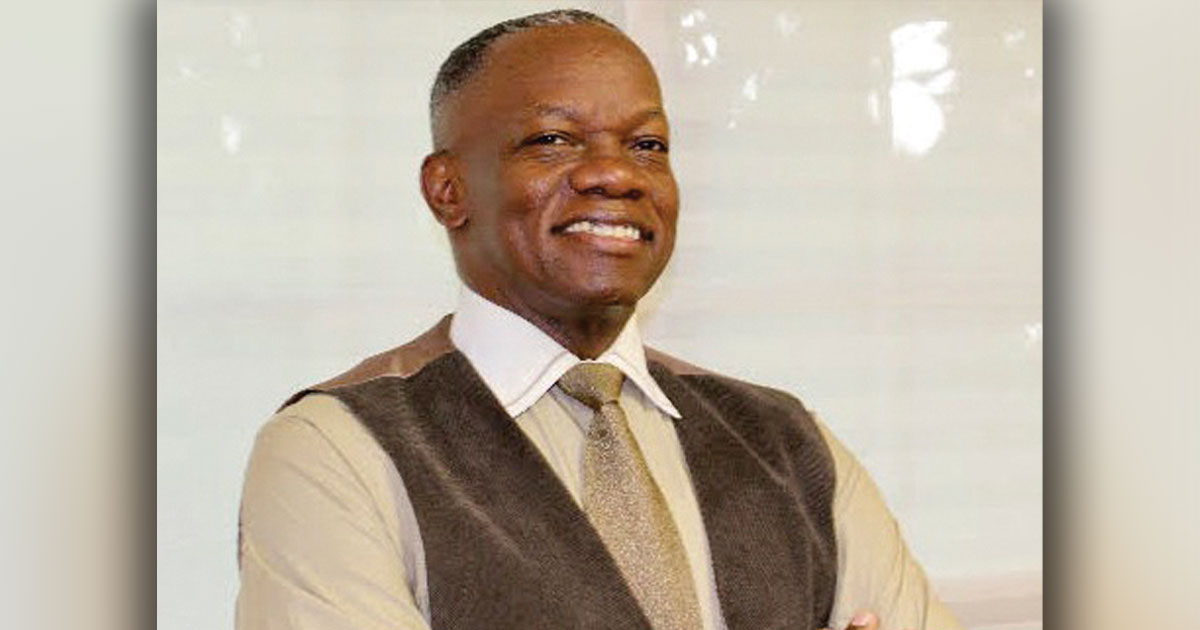 You don’t always have to work in the classroom to change students’ lives. In fact, John Reed of Georgia is leading youth to success entirely as a volunteer.

As program director for the afterschool Arrow Youth Leadership Council, Reed has dedicated his life to mentoring young leaders since 2011, which is why he won this year’s SYTA Youth Foundation Visionary Award.

The Visionary Award is given to an individual who demonstrates a commitment to enriching student lives through travel and/or contributing to the advancement of our industry through education, volunteer activities or community service. Reed won this year’s award after being nominated by Arrow Youth Founder, Dr. Maya Taylor.

“For 11 years, John Reed has dedicated, burning the midnight oil, helping us to train our babies to be difference makers, and we are so excited that through his leadership, we have been able to impact over 2,000 young people through our organization,” Taylor said. “He is a passionate, loving man who tells the funniest dad jokes, and he keeps everyone on fire. He is the epitome of what you would call a crossbow: All you have to do is place a young child in his process and he launches them to their destiny.”

Arrow Youth’s afterschool program largely focuses on raising young leaders, doing school and community outreach, and preparing students for college and careers. They do this through four Rules of Engagement: Mind, to be thought leaders; Mouth, to be change leaders, Heart, to be focus leaders, and Hands, to serve humanity.

Reed is involved in many ways, and for the last eight years, he has also directed the program’s annual college/career road trips during spring break. As a result, students have been exposed to museums, cultural sites and visited some of the nation’s top schools.

Taylor also testifies that Reed is a dynamic life coach and father figure to many of the program’s students who come from low-income households and neighborhoods. He is a historian and has a passion for impacting the future generation through teachings about the past.

On top of all that, he exposes his students from underserved communities via service-learning projects within their community. Through annual Christmas and back-to-school drives, along with an initiative to feed those experiencing homeless, he shows students that charity should start at home first. In Taylor’s words, “John is a great visionary that sees a brighter future for our children, and passes that vision along to them.”

While Taylor said Reed serves selflessly without asking for compensation, his view on things is that it doesn’t even feel like working when he’s with students, as he loves to spend time with them. Reed feels the youth help him continue to pursue the curiosity we all innately have when younger.

One program he’s leading is Black Wall Street 2.0, fighting to combat generational poverty through social economics and educational equity. This was inspired by the original Black Wall Street, a district in Tulsa.

“In Tulsa, the Greenwood District was very affluent for some very specific reasons, and they were literally destroyed by a mob out of jealous for what they did,” Reed said. “With so much focus on all the destruction, what I really wanted our kids to do is focus on, what did they do well as an organization and community?

What they did in Greenwood before the massacre, is they took the businesses that were there and looked at the needs of their community. They said, we can build businesses, we can create places, we can provide for our own, and we can strengthen not only the families that are here, but the entire community. So learning from history, we draw from that to point us in the direction we need to go.”

Reed felt it was key to get the students to not only study some first-person narratives, but also relate that to where we are now in our community, and how we can grow that and take it to the next level of prosperity. It was a big project, but Reed says one really important part of it all was bringing the opportunity full-circle and traveling to the Greenwood district in Tulsa during their next college/career road trip.

“The students got a chance to walk those streets, and the history that they saw in the book, they were able to see right in front of them. We also connected with an entrepreneur who was there creating new things. So the students were able to see the past, the present and the future as a part of an experience they will never forget.”

Reed is going to keep working as volunteer program director for the Arrow Youth Leadership Council as they continue to expand their reach and broaden even more kids’ horizons. He’s not going to stop launching students to success any time soon.

“When I look at students, I really think about, every student is like a seed, in that they possess everything that they need inside of them to be great, and to be a functioning and successful part of our community,” Reed said. “So the role that we play is to encourage that seed, make sure that it’s in good soil, make sure that it’s watered, make sure we have those conversations, that we speak life into them and raise them up to really be those things, those things that we need all around us.

We speak on shooting students as arrows into their future with all of the potential that they possess, to really hit the bullseye of that purpose inside of them. I am just so grateful. I thank God for this opportunity, and thank you all for recognizing the work that we do.”