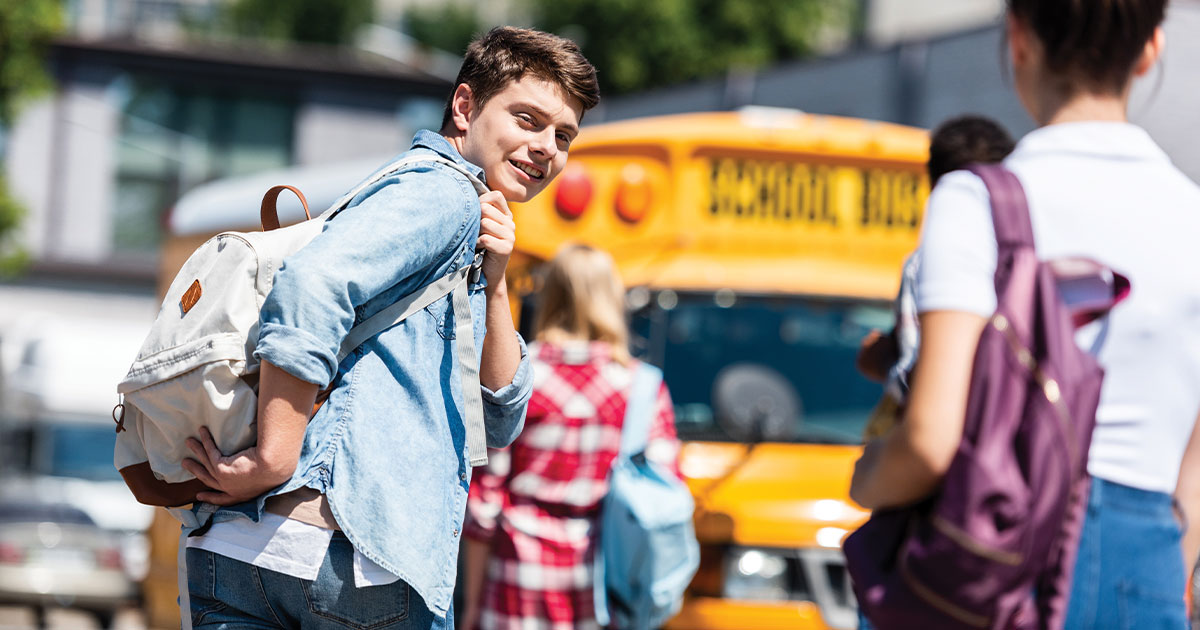 Several years ago, I authored an article about bus etiquette for students. My key point was that the location of your seat on the bus determined your behavior. The well-behaved students sat in the front of the bus, the quiet ones sat in the middle while the bad students, those who did not want to follow the rules, sat in the back.

In middle school, yes, I sat in the back of the bus and played “Truth or Dare” with my classmates. As an adult, do I continue to sit in the back of the bus and be guilty of misconduct? Absolutely not! Ironically, I now want to sit in the front of the bus. This is not because I claim to be well- behaved, but because I want to observe, hear, and experience everything first-hand. However, my student trip experiences well-prepared me to serve as a leader of high school and college educational trips that involved bus travel and how to promote good bus etiquette.

Does this belief (seat location determines behavior) still apply today? Possibly. I believe that teachers must be pro-active in their approach to bus etiquette. According to the American Federation of Teachers, “Discipline on school buses is a big problem confronting bus drivers.” The bus driver’s role is to transport riders in a safe manner. It is the teacher’s responsibility to oversee the conduct of the students.

Teachers/chaperones should remind bus riders that there is a student code of conduct that must be adhered to and if not, there will be consequences. This is the same conduct expected in the classroom which includes respect, appropriate language, and cooperation. Students must respect each other. They need to be courteous of the driver, other students, chaperones, and people outside of the bus. This means no bullying, pranks, or inappropriate behavior. They also must respect property, whether it belongs to the bus or other people. Finally, students should use language that is not degrading or offending to others.

One thing that has changed and created more challenges with bus etiquette is the access and use of cell phones, tablets, and other technology. There may be a variety of ages on the bus, students with access to cell phones and others with none. How does a teacher oversee and ensure that appropriate behavior is adhered to on social media or with technology? Teachers can ask parents and students to sign an agreement about suitable student conduct in terms of technology usage. They may also set limits on when and how long technology can be used, outside of emergencies, of course.

One way to avoid the technology problem is to encourage teachers and chaperones to engage the students. Play a game, pose questions about a destination you will visit or a place that you just visited, or ask students to share their favorite experience so far.

If you set it up in advance, you can even poll the students and ask them to give their answer via cell phones.

When I led a People to People International trip around Europe, the bus driver played music and we sang along. Our group decided to do a flash mob to Miley Cyrus’s, “Party in the USA.” The song was played many times so we could memorize the words. Years later, I cannot hear that song without thinking about our flash mob under the Eiffel Tower in Paris. I also took a high school group to Australia. The tour guide was well-prepared with a CD of her favorite Australian music including Men at Work’s “Land Down Under” and songs by Olivia Newton John. Finally, I spent a month in South Africa with a group of college students. Every time we got on the bus after a safari, the driver played Toto’s, “Africa” or the Lion King’s, “Circle of Life.” The bus drivers and tour guides not only kept us entertained on the bus rides but created fond memories.

To manage student behavior on the bus, teachers should spread out, not all sit together. Research conducted by the American Federation of Teachers (AFT) recommends three strategies for teachers to enforce good bus etiquette. The strategies include positive reinforcement, extinction, and discipline. First, when students behave appropriately on the bus, teachers can praise the students which may encourage others to follow suit. The second tactic is to not overlook or ignore annoying or attention-getting behavior. The behavior may cease; however, it may continue and lead to more dangerous behavior. Finally, teachers should reprimand wrongdoings. However, chaperones must be prepared that students may retaliate, so the discipline should “be a part of a behavioral management plan that spells out the consequences of inappropriate behavior or for behavior infractions,” stated AFT.

Another concern about bus etiquette is safety. Teachers and drivers should review and enforce the bus rules: remain seated, keep noise level to a minimal, wear a seat belt, keep the bus aisles clear and do not distract the driver.

Growing up in a small rural town in Ohio, I rode the bus to/from school each day. One day, I remember a group of students misbehaving at the back. The bus driver made comments to those students and asked them to settle down. The inappropriate behavior continued and frustrated the driver, who slammed on the brakes to get the students’ attention. The driver’s response sent all of us flying forward, since we did not have seat belts on the bus. One girl had carried a small fishbowl to school for show and tell. Her fishbowl, like us, fell to the floor. Broken glass and water were now in the aisle of the bus which could have caused more problems. Fortunately, there were no injuries. The incident happened near my house, so I got off the bus and walked home. When I told my father, a teacher, what had happened, he called the school and reported the bus driver’s irrational behavior. The driver was disciplined by the principal for her behavior.

This story reminds us why it is important for teachers to take control, utilize discipline strategies and ensure that students practice proper bus etiquette. Safe and appropriate behavior on the bus is the expectation and nothing less should be acceptable.

Take control, utilize discipline strategies and ensure that students practice proper bus etiquette. Safe and appropriate behavior on the bus is the expectation and nothing less should be acceptable.

This story was written by Julie Beck for Teach & Travel’s November 2022 issue.