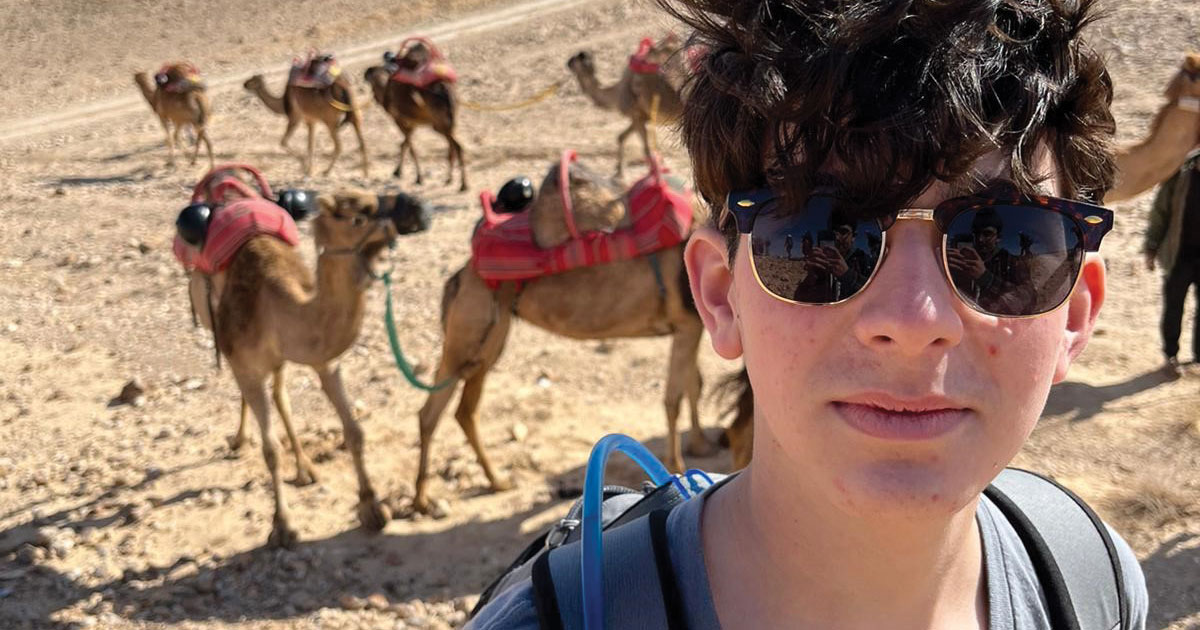 When the Nazis stormed into Lithuania on June 22, 1941, the fate of Lithuanian Jewry seemed sealed. The Jews of Lithuania were immediately rounded up and forced into ghettos they were told would protect them from the war.

A few months ago, I traveled to Israel, as part of Tichon Ramah Yerushalayim, a Jewish high school study abroad program, where I took part in a Holocaust seminar. I met Holocaust educators and learned to look critically at the timeline of the Holocaust and the rise of the Nazis. At Nir Galim, a kibbutz, I walked into a cattle car, used to deport Jews to their deaths. I came out of the cattle car with many questions. So, I called my grandmother, a Jewish educator and Holocaust museum docent, to help me unravel my feelings and thoughts.

I told my grandmother about all I had seen during the seminar, and in return, she told me a story about Ben-Zion Raff, who lived in Krakes, Lithuania: one of my ancestors whom I knew little about. He survived the Holocaust. As the Nazis took over Lithuania, the Einsatzgruppen –  mobile killing squads – would destroy shtetls, ruthlessly murdering Jews and forcing them to dig their own graves. This is exactly what Ben-Zion saw, hidden among the trees of a nearby forest.

He watched the Nazis eliminate his entire family and burn down the community he had worked to help maintain. After seeing this, Ben-Zion went into hiding and joined the 16th Lithuanian division of the Red Army before eventually making his way to Israel years later.

As he fought against the Nazis, he wanted to share what he had seen with the world. Unlike me, though, he did not have his grandmother to speak to: the Nazis had murdered her in front of his own eyes. Instead, in Israel, Ben-Zion made sure others knew his story. He married another Holocaust survivor and raised a child, Malka.

Although Ben-Zion was not a famous person, he shared his stories about the atrocities of the Nazis. Ben-Zion was a hero and one I would never have discovered without traveling to Israel. He exemplifies the importance of understanding and discovering one’s personal history through travel. Now, for me, exploring the world in the footsteps of Ben-Zion is more than just a choice — it’s a legacy, and one I plan to always follow.

I’ve fulfilled part of the legacy by traveling to Israel, and I will continue to fulfill the rest by sharing my stories, especially about the wonders of travel. Through travel, I have discovered much about myself; as I write, overlooking Jerusalem’s old city walls, I recall how Ben-Zion was forced to learn independence.

I chose to do the same by studying at an international boarding school. I’m learning the language and culture of Israel, touring the land, and meeting its people. Along the way, I’m sharing my stories and keeping Ben-Zion in my mind.

This essay was a finalist in the World Is A Classroom Essay Contest, written by Asher Boiskin, a sophomore at Cherry Hill HIgh School in New Jersey.