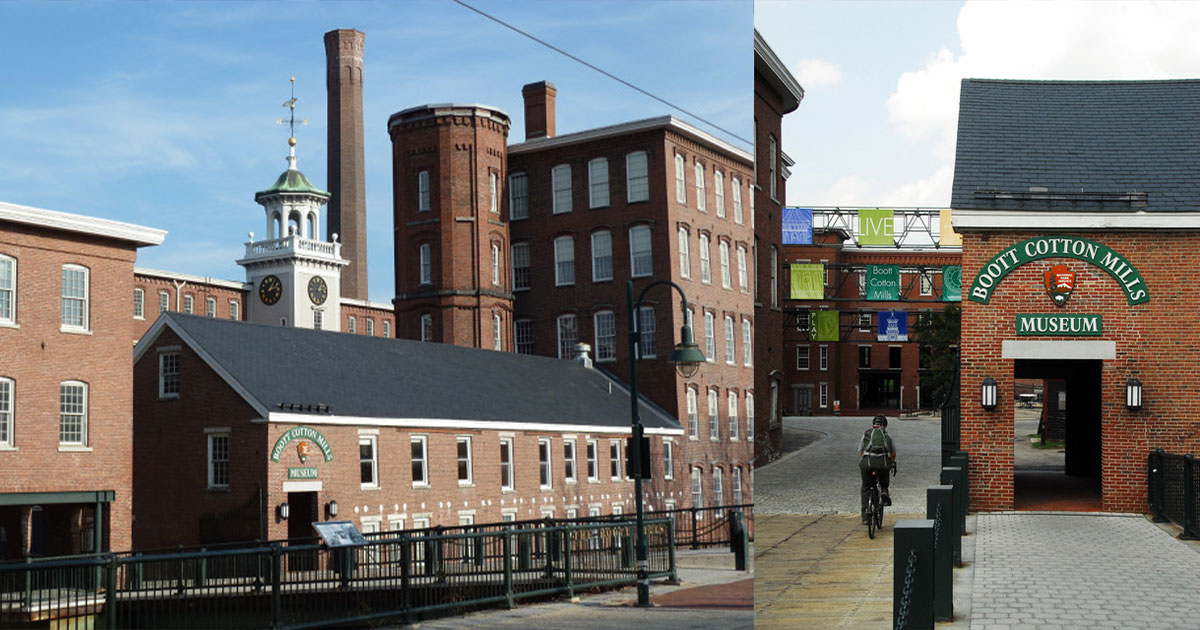 In Lowell, Massachusetts, you’ll find a national historical park dating back to 1835, filled with history, engineering and innovation.

While there are multiple canal tours, trolleys, museums and galleries in the city, the star is the Boott Cotton Mills Museum. In March 1835, Boott Cotton Mills were chartered “for the purpose of manufacturing cotton and woolen goods,” becoming a part of Lowell, America’s first major industrial city. The story of the Boott Mills, the most architecturally significant of the surviving mill complexes, parallels the city’s rise, decline and rebirth.

Now a museum, the mills feature a dramatic 1920s weave room exhibit with 88 operating power looms weaving cotton cloth. It dynamically portrays a typical mill workplace during the first part of the 20th century. Experience just a fraction of what Lowell’s mill girls and immigrant laborers would have seen, heard, smelled and felt when they worked in the mills—in the original weave room, the noise, heat, and humidity would have been much greater. Also, more looms would have packed the floor and the air would have been filled with cotton dust.

The second floor exhibit, “Lowell: Visions of Industrial America,” details the impact of industrialization on rural New England and the young American nation, the growth and decline of Lowell’s mills, textile production from bale to bolt, Work in the 21st Century, and more. Multi-image, interactive, and oral history audio-visual programs, mill models, historic machines, and rare images from the past bring the story to life.

While you’re in the museum, visit the Boott Gallery, which features temporary exhibitions of paintings, artifacts and photography focusing on the themes of power, labor, capital, machines, and the industrial city, and the story of the National Parks. Also check out the Special Events Center, a performing arts center where community-sponsored dramatic programs, lectures, and multi-media presentations take place.