Teacher Feature: After the Hurricane

Band director Randy Webb taught for 30 years in Kentucky before making his way to Cypress Lake High School in Fort Myers. Five years later, his time there has certainly been eventful.

Cypress Lake had seen a revolving door of band directors before Webb came in, which meant some extra work to build the program up. Then COVID hit, and the program’s numbers dropped. “We fought through that. We actually got better. Our numbers are a little smaller but things are going great, and all of a sudden, boom!”

Hurricane Ian arrived in late September, devastating a large swath of Florida, but especially the southwest area Cypress Lake is located in. Now, Webb, his students and the band program are working to rebuild in many ways, including preparing for a trip to Orlando next spring with Super Holiday Tours.

We took a moment to talk with Webb about how the hurricane has affected his students and how the band will move forward.

With everything going on, have you been able to travel with Cypress Lake before?

This will be the first time this band has gone on a trip in about eight years. I promised these freshmen that they would go on a trip somewhere before they graduated. Even through COVID and everything else, my boosters and myself have been trying to do our best, and it’s finally come through. We’re going to go up and get the Universal experience and some other things. So, it should be a really fun culminating event at the end of the year.

We’re playing a couple of different places around the parks. One inside, and I think another at Hollywood Studios. I’ll be honest, Casey Cole from Super Holiday’s got it set up. And we’re on the waitlist for the Robert W. Smith recording studio experience. I’m hoping we can get in and do that too, because that really looks like fun.

Can you tell us about how the hurricane affected your school?

I’ve never been in a hurricane situation, so I am just astounded at the devastation that’s gone on down here. I am. It doesn’t look like the same area that I moved to. I mean, this area is known for its charm and atmosphere, and the beaches and the water, but it has hit my students real hard. We just got back into school. We have 18 high schools in this county—Lee County is just a huge, huge school district. And we’re one of two high schools that are actually seeing students. The rest of them are still having some issues. We’re six miles from Fort Myers Beach, and the storm surge came up to our high school about four feet high. That’s how powerful it was.

How has it impacted your band students specifically?

I’ve got 11 students affected pretty bad by it, and four of them lost everything. There was a girl that texted me and I asked her, “Well, how are you going?” She said, “I’m doing great. My mother and I came out, we’re alive. Everything else can be replaced. I am going to need a new band shirt for this year. Can I get another one?” I just had to laugh. Of all the things for her that she could be worried about? She was worried about a band shirt.

How are you seeing the community react to it all?

A lot of people, including teachers, are kind of living day to day at the moment, and we finally got power back and everything about five days ago. Kids, they’re coming to school and I don’t think they really know how to act. They love seeing other people, knowing that they’re there, doing OK, and everything else. We started wrapping music rehearsals around the fact that this can be one safe place for 15 minutes a day. Let’s forget everything outside, because we all had issues. I had issues at my house. Let’s just forget outside for 15 minutes and just play music.

How can people help? You have a GoFundMe, right?

Yeah, like I said, it got up to about four feet high around our school. Luckily, my band room is kind of built up a little bit, so it didn’t get water. But we run a concession stand at the football game, and we lost everything. It was brand new. I mean, we had freezers, a couple of coolers and a refrigerator in there, and they’re all gone. And then our band trailer that carries our equipment around to marching events was turned on its side and slammed up against the fence across the street, so it’s ruined because the frame is bent pretty bad.

So we started a GoFundMe just for some of those purposes (gofundme.com/f/cypress-lake-marching-pride). And we also realize, there’s going to be some kids who have a hard time. A kid might not be able to afford clothes right now, and it’s really hard for so and so to even make a payment for the trip. So we’ve kind of bundled all of that into one. I want every kid that signed up for the trip — which was 99% by the way. We’ve got a ton of people signed up. It’s just that for some of them now, it’s going to be really difficult, so we’re going to make sure that they get there. That’s my goal.

You’ve been an educator for many years and faced a lot of challenges. What do you love about it?

A lot of times people ask me, why are you still teaching after 35 years? I’ve told every one of my students, and I’ve said it every year I’ve taught, “I haven’t worked a day in my life.” I love going in and I love making music, and just getting it a little bit better every time. It’s just so fun, and it’s so different every day. Marching seasons are tough, all those extra practices and everything else and assessments, but it’s so much fun to see on the kids’ faces when they play something well. They know it. 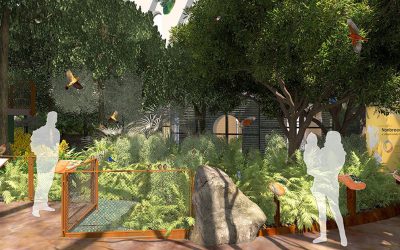 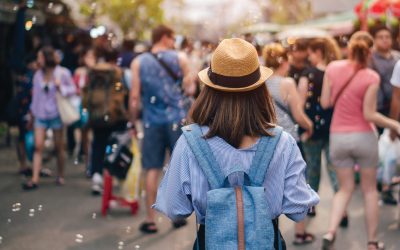 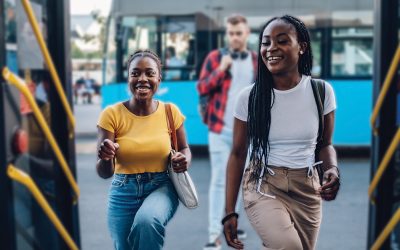