A New Claim to Fame 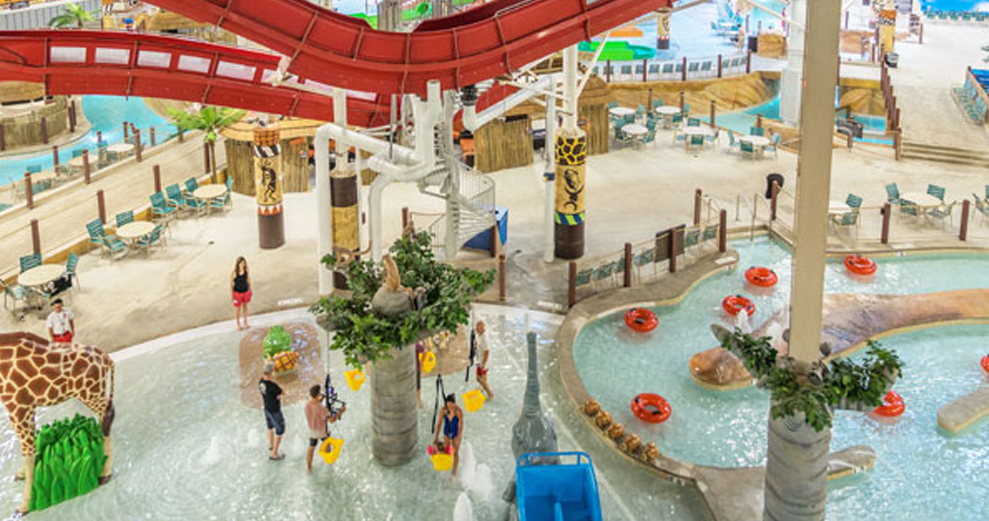 The Pocono Mountains now has a new claim to fame: the largest indoor waterparkin the country! After its grand opening in July 2015, Kalahari Resorts & Conventions has quickly doubled in size and reputation.

Not only did Kalahari double the size of its waterpark, it also doubled the amount of guest rooms and suites—and added new restaurants and attractions, too.

We mentioned it’s the United States’ largest indoor waterpark, right? Truly doubling in size, Kalahari has added a wave pool, a second indoor/outdoor whirlpool spa, eight water slides, a Lazy River expansion, Cabana Island, and kids play area Coral Cove. With a whole new waterpark inside the existing park, your group will wonder where to start. Watch our Instagram story for a walk-through of the new expansion!

As if the expanded waterpark wasn’t enough, The Arena takes thrill-seeking to a whole new level. Only the second location in the United States, The Arena introduces a free-roaming, open-air virtual reality experience. Your group will be immersed into another reality where their body is the controller, and they’ll navigate throughout the game. Challenge a group of up to six friends in a warehouse-scale environment that feels more like reality than a game; all group members must be 13 or older to play.